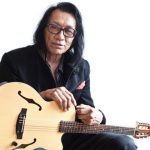 In an age when many so-called celebrities are famous for being famous, Sixto Rodriguez is the notable exception: he became famous for being unknown. The musician known simply as Rodriguez released a pair of albums – Cold Fact and Coming from Reality – in the very early 1970s on the small Sussex label. Both releases
Read More