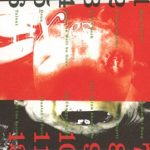 File next to: The Breeders, Sonic Youth Pixies were one of those bands that nobody really expected to reunite. The acrimony among its members is thought to rival that of the discord between John Fogerty and his old Creedence Clearwater Revival rhythm section. So it was a surprise when – long after unceremoniously disbanding in
Read More