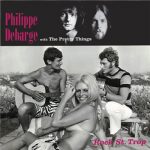 The Pretty Things never really broke through into the American Market. Despite some fine singles and albums, the British band formed by early Rolling Stones member Dick Taylor suffered a fate not unlike that of contemporaries like the Small Faces and the Kinks: their music didn’t get played on American radio stations. They didn’t mount
Read More