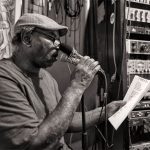 Continued from Part Two… And the remaining songs were written expressly to fit right alongside those Boyd-penned tunes. One of the players assembled for The Real Deal’s sessions, blues harpist […]
Read More 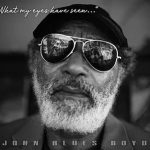 Continued from Part One… “She had grown up in Pompano Beach, but she left there, gone to New York City and married,” Boyd recalls. Dona Mae was up North some […]
Read More 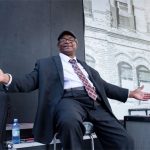 One of the more intriguing blues releases of late is What My Eyes Have Seen by 75-year old singer and songwriter John “Blues” Boyd. But despite his years, Mississippi-born Boyd […]
Read More