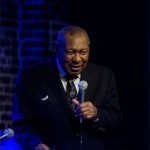 The last name may sound familiar: Pianist and singer Freddy Cole is, in fact, the youngest brother of the late Nat “King” Cole, the jazz musician who scored more than 100 pop hits during his lifetime. But Freddy Cole — immortalized in the award-winning 2006 documentary film The Cole Nobody Knows — is no also-ran.
Read More