ferentz and the felons Archive 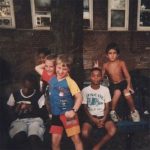 Back in my day, EP was the designation for an extended play 45rpm record. In this context” extended” meant that the record had more than the standard two songs. Usually there were four, as on The Beatles (No. 1), released in November 1963. Clearly things changed while I wasn’t paying attention, because Ferentz and the
Read More