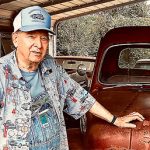 Continued from Part One … Asked if there’s a set of rules he follows when making an album, Penn has a ready answer. “No,” he says. “No rules. Just throw it all out there and do your best. When you’re cutting, you just hope everybody plays good and you sing good.” After pausing a moment
Read More 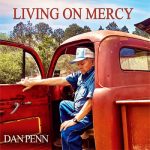 This feature appeared previously in Goldmine Magazine. Sixty-plus years into his career, Alabama-born songwriter and musician Dan Penn returns with a new album. Out on August 28, Living on Mercy showcases Penn’s brand of music, a style that can be labeled as anything from pop to country to soul to rhythm and blues. That genre-spanning
Read More