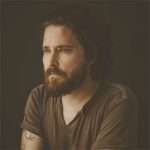 Christopher Paul Stelling is a singer-songwriter; he doesn’t include an ability to predict the future among his skills. Yet unlike some of the most respected pollsters, the seismic political changes that took place in the United States last November didn’t come as a surprise to him. The songs that he wrote as the future began
Read More