Once Thomas Edison’s wax cylinder was rendered obsolete by the phonographic disc, the era of records began. The prevailing medium for the first half of the 20th century was the 78 r.p.m. record. The fragile shellac discs could only hold about three minutes’ worth of music per side; eventually some recording artists’ releases were put into sleeves and compiled into bound volumes. These “albums” were the forerunner of the modern-day vinyl album. 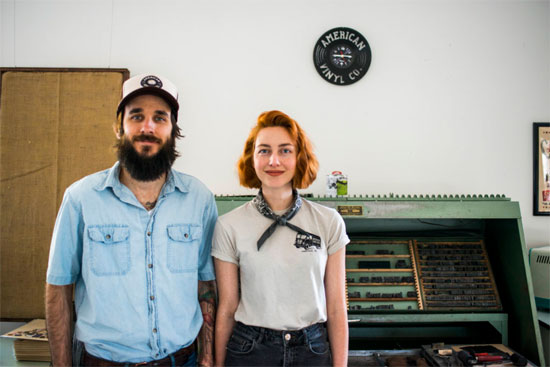 Vinyl long playing records (LPs) began to appear after World War II. Rotating on turntables at 33 1/3 revolutions per minute, they could hold about 22 minutes of sound per side. The LP became the format of choice for commercial pop throughout the rock era. Only after Philips and Sony introduced the compact disc did vinyl’s lock on the marketplace begin to fade. By the mid 1990s, records were widely seen as a dead format.

But those records never quite went away. A generation raised on digital technology began to recognize that something important was lost in the transition from the tactile and interactive experience of buying, playing and collecting vinyl records. Visit the merch table at shows by most of today’s touring artists, and you’re likely to find their latest album available on the good old 12” vinyl format (with a download card, of course).

In fact, resurgent demand for vinyl has created a problem for many artists: because nearly all of the rock-era vinyl pressing plants have long since gone the way of the dinosaur, it falls on the relatively few currently operating plants to fulfill demand. There’s often a substantial backlog, meaning that it’s sometimes difficult for an artist to make a new album available on vinyl in time for simultaneous release with its CD version.

American Vinyl Company is located on the edge of Asheville’s Biltmore Village. And while American Vinyl hasn’t positioned itself to fill that production gap, the tiny two-person operation provides an important and very much in-demand suite of services.

The original idea came to Ryan Schilling and musical partner (and now finaceé) Christy Barrett when the pair was traveling the country as rock duo Triumph of the Wild. “We wanted to sell something more than our t-shirts and CDs,” Schilling says. “I heard that there were vinyl records made from picnic plates and thought, ‘That is the answer!’ At that moment I started down a wormhole of research that still hasn’t reached the other side.” 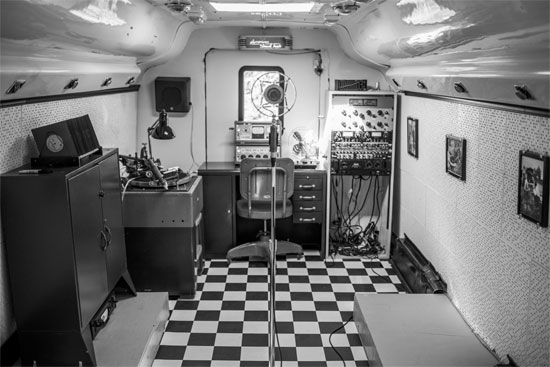 The business started in 2015 “in a kind of grassroots fashion,” Schilling says. The couple purchased the equipment needed to cut vinyl records, and they eventually set up a mobile recording studio housed inside a truck. Schilling describes the mobile unit as a “walk in, sing into the can, walk out with a record” truck. The equipment is centered around vintage gear, and includes a 1940s record lathe. Hedging his bets only slightly, Schilling adds, “we also offer an option to capture to digital at the same time, and text it to you right after the session.”

But it’s that vintage feel that American Vinyl aims for. And the couple hit the mark. They provide music artists with an experience very much like the one enjoyed by Elvis Presley in August 1953, when he played guitar and sang two songs onto an acetate disc—a gift for his mother—at Memphis’ now-legendary Sun Studio. Today, musicians can gather ‘round the microphone and create one-off recordings that evoke a similar feel.