Note: This summer, I wrote a preview of the 2017 San Jose Jazz Festival for Metro Silicon Valley, spotlighting acts I found the most worth seeing. Here’s that feature. — bk 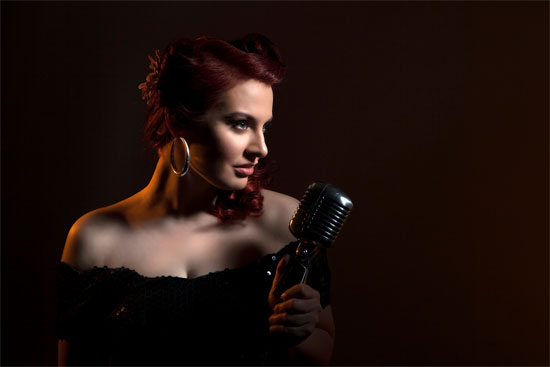 Tia Brazda (2:30 p.m. Saturday, Jade Leaf Stage) – A popular fixture on the festival circuit, the Canadian jazz vocalist has a sultry, kittenish voice that floats above the often big-band arrangements found on her debut EP (2012’s Cabin Fever) and her thrilling 2015 full-length, Bandshell. That album presents a variety of jazz styles, positioning the Toronto-based singer as a kind of walking musical catalog of 20th century jazz styles. Overall, Brazda’s approach has one foot in the tradition of postwar big-band jazz, with the other planted firmly in a modern sensibility; the result is music that should please fans of old-school jazz as well as those who prefer a less retro-minded musical aesthetic.

Pedrito Martinez (3 p.m. Saturday, Hammer Theatre Stage) – The music of Cuban expatriate Martinez is built around percussion. Martinez was the recipient of the 200 Thelonious Monk Award for Afro-Latin Hand Percussion, and he was a founding member of Yerba Buena. In 2005 he started his own group. The Pedrito Marinez Group released its self-titled debut album in 2013; it was nominated for a Grammy Award. Habana Dreams followed in 2016, earning raves from critics and soaring to the #1 Latin Albums spot on NPR’s Jazz Critics Top Jazz Albums poll. His band brings together some of the finest players in the Americas.

Dr. Lonnie Smith Trio (5 p.m. Saturday, Hammer Theatre Stage) – The “Doctor” may be an honorific title, and the turban is a fashion accessory, but when it comes to soul jazz, Dr. Lonnie Smith is as real as it gets. A master of the Hammond B-3 organ, Smith plays with inventiveness, nuance and style. He co-led a jazz quartet in the 1960s with guitarist George Benson, and began his solo career in 1967. With more than two dozen albums in a funky, soulful vein, he’s one of the most expressive exponents of the B-3. His most recent release (2016’s Evolution) is an exemplar of his kinetic, engaging musical approach, but Smith and his trio truly deserve to be experienced live. Keep an eye on that walking cane of his: it’s more than it appears.

Samantha Fish (5:15 p.m. Saturday, Blues/Big Easy Stage) – Though the Kansas City native came to fame as a fiery electric guitar-slinging blueser, in recent years Fish has expanded her musical vision. Earlier this year she released Chills & Fever, a garage/r&b collection featuring members of the Detroit Cobras. And her upcoming album – described by those who’ve heard it as “a swampy mofo” – moves in an Americana direction, with production from Luther Dickinson of North Mississippi Allstars. But no matter what style the 28-year-old singer-guitarist pursues, she does it with authenticity and enthusiasm. And she never, ever leaves behind her blues roots nor her sizzling guitar work.

Jackie Gage (10 p.m. Saturday, Jade Leaf Stage) – One of San Jose’s own, vocalist Jackie Gage got her start as a jazz singer. And while she’s remained true to her jazz roots, the singer – since relocated to New York City – has expanded her repertoire, showing her ability to apply her talents to electronica and hip-hop. Gage’s debut album, 2016’s Siren Songs is a collection of original songs and new interpretations of standards. And it’s a concept album, one centered around the legend of the siren who lures sailors to their rocky demise. Siren Songs displays Jackie Gage’s command of soul, rhythm and blues, and – most notably – the torchy jazz with which she began her career.

Jazz by 5 (2 p.m. Sunday, Main Stage and 7 p.m. Sunday, Hammer Theatre Stage) – Jazz of the 1950s was often characterized by ad-hoc groupings of top-notch players; rather than establishing and maintaining a set group, players would assemble the best musicians for the project at hand. That’s the modern-day mindset of this collective, featuring some of the most respected names in jazz. Trumpeter Randy Brecker has played with everyone from Blood, Sweat & Tears to fusion pioneers Eleventh House, from Art Blakey’s Jazz Messengers to Frank Zappa to his own Brecker Brothers band. Bassist Eddie Gomez is most well-known for his long tenure in the Bill Evans Trio. Drummer, former Miles Davis sideman and and NEA Jazz Masters award recipient Jimmy Cobb is a jazz legend. George Cables (piano) has released nearly three dozen albums as bandleader. The youngest of the lot, saxophonist Javon Jackson is the head of the Jackie McLean Institute of Jazz at the University of Hartford (Connecticut).

Taimane (2:30 p.m. Sunday, Jade Leaf Stage) – In recent years the ukulele has earned some long-due respect. In the hands of staggeringly accomplished players like Jake Shimabukuro, the diminutive stringed instrument has been shown to possess great expressiveness and musical versatility. Hawaiian artist Taimane Gardner is a bright star in the ukulele idiom. Unconstrained by genre classification, she is as likely to play songs typically associated with hard rock as she is to dazzle with flamenco-style musicianship, classical and jazz. And her original material – showcased on three studio albums including her latest, 2015’s thematically unified We Are Made of Stars – distills those varying styles into something the 28-year-old can truly call her own.

Maceo Parker (4 p.m. Sunday, Main Stage) – Funk royalty, saxophonist Maceo Parker made his name as a key member of James Brown’s band. He was part of the Parliament-Funkadelic collective for a decade, and after years as a sideman, stepped out full-time as a bandleader with 1990’s Roots Revisited. Never completely forsaking his sideman status, Parker lent his talents to recordings by a wide array of artists in the 80s onward, and supported Prince on a number of concert dates in the 21st century. His most recent album is 2012’s Soul Classics, a live album that finds him backed by the WDR Big Band. And live onstage is where he truly shines: at 74, the indomitable Parker still maintains a packed schedule of concert dates.