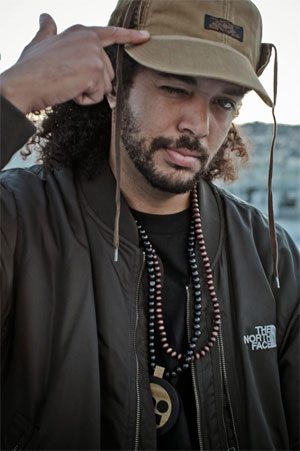 Opio on Hieroglyphics: ‘You really don’t want to come in with a bogus idea.’

Socially conscious hip-hop pioneers Hieroglyphics have withstood the test of time ever since their formation in mid-’90s Oakland. And while the collective’s most high-profile emcee remains Del the Funky Homosapien, all nine members have thriving careers both in and outside the group.

“Each person has his own unique perspective,” says co-founder Opio, who’s also one of the four emcees in Hiero subset Souls of Mischief. “I think that what drew us to each other initially — and how we all sort of blend — is a shared world view.”

The current touring lineup is a rare assemblage that includes all of the collective’s original members. And as it happens, their recent Colorado Springs appearance falls exactly 18 years after the release of their groundbreaking 3rd Eye Vision debut album.

Though their lyrics can be explicit, Hieroglyphics is built upon a commitment to political and social mindfulness. “We’re positive people who are conscious and politically aware,” says Opio. “That’s just the way we were raised. That’s the way we live our lives. And it’s reflected in the music.”

The group’s sound has always drawn upon a wide array of musical styles. “There were all types of music playing in my house when I was a kid, from soul to funk to classical music and reggae,” Opio recalls. Punk rock, too. “My mom went out to a concert in Berkeley; she was like, ‘You’d be into this group. They’re called Bad Brains, and they’re a mixture of punk rock and reggae.'”

That inclusive appreciation of diverse genres is a Hieroglyphics hallmark. “We anchor ourselves to hip-hop,” says the emcee, “but we’ve always had broad interests beyond it.”

With nine people in the collective — Casual, Del, Domino, DJ Toure, Pep Love, and the four members of Souls of Mischief (A-Plus, Opio, Phesto and Tajai) — it’s a big challenge to get everyone together to record or tour. But Opio believes it’s been worth the effort every time. “There’s a magic that happens when you’re able to work and exchange ideas with people that are on the same page.”

There’s also a built-in quality control. “If I have an idea, and I bring it to Casual, he may say, ‘Ah, there’s something in there that I like, but let’s do this a little differently.’ And I think it always becomes a stronger end product. There’s a lot of critical analysis in terms of what we’re going to do. I think that it ups your game.” He laughs, adding, “You really don’t want to come in with a bogus idea.”

The collective’s current shows feature fan favorites as well as new material. “The fans have songs that they know and love, and we want to make sure we give people what they want. But we like to keep it exciting for ourselves. At any given time, there are eight or nine people up there; we all have new material, and we want people to hear it.”

Hieroglyphics’ current tour consists of 10 dates, five of which are in Colorado. “They’ve shown us a lot of love,” says Opio. “Some of our best shows have been in Colorado; we’ve had a lot of good experiences there. The people have an appreciation for good music, and for 20-plus years, they’ve always had our backs.”