It’s time for some more hundred-word reviews. Note that in my opinion each of these deserves fuller coverage, but with the large volume of good music about which to tell you, some tough choices had to be made. So 100 words each it is. Today’s group of five fall (at least loosely) into the jazz category. 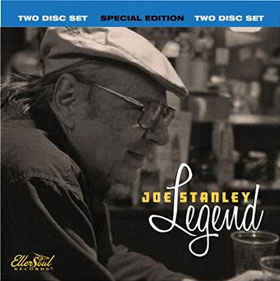 Joe Stanley – Legend
The late saxophonist as showcased on this live, two-disc set (recorded before his 2007) passing swims in the jump blues end of the jazz pool. Funky, gurgling organ and understated jazz guitar give plenty of space for melodic sax runs. The credits don’t seem accurate, suggesting absence of guitar when it can clearly be heard, but none of that matters much. This is a fun set finding skilled players running through well-known favorites; the result is sort of bar-band jazz. Two versions of Louis Prima‘s “Just a Gigolo” push things in a loose, hey-let’s-party direction. Legend is a nice tribute. 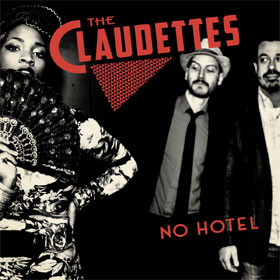 The Claudettes – No Hotel
I’ve covered these guys previously. On this, their latest outing, The Claudettes have widened their musical scope a bit, but their songs still often sound like highly evocative soundtrack music (and that’s meant as a compliment). “Big Easy Women” feels a bit like Ben Folds Five without vocals. But wait: on this disc, the piano/drums duo are joined halfway through by chanteuse Yana (credited with “vocals and dancing”). The musical character changes completely; shifting some of the musical weight to Yana allows Johnny Iguana (piano) and drummer Michael Caskey to stretch out in ways they couldn’t otherwise. An unexpected delight. 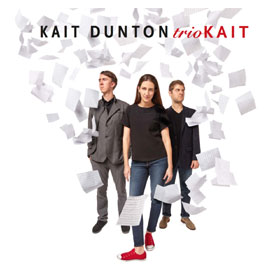 Kait Dunton – Trio Kait
Look at the photos of this trio – Dunton on piano, electric bassist Cooper Appelt, and drummer Jake Reed – and you can be forgiven for guessing they’re a youngish indie rock group. But they’re serious, skilled jazz players. Dunton’s blindingly fast keyboard work often finds her left and right hands working in very different melodic areas; the effect is almost as if there are two pianists playing alongside one another (but never at cross purposes). Appelt and Reed provide colorful, engaging support on thirteen original and varied numbers, all penned by Dunton. Trio Kait is fun and often exciting. 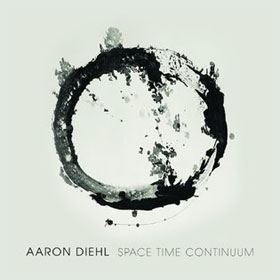 Aaron Diehl – Space Time Continuum
Pianist Diehl fronts a trio (bassist David Wong and Quincy Davis on drums), augmented in places by tenor sax and/or trumpet (vocals on one number) on this uptempo, adventurous set. While there’s a live, spontaneous feel to the tracks, everything seems meticulously arranged. Diehl’s detailed (and rather serious) notes provide some background into the thinking that went into each of the eight original pieces. The atmospheric “Flux Capacitor” is a highlight, but all the tunes are fascinating. The liner notes take care to mention Diehl’s use of the Fazioli F-228, an acoustic concert grand piano that does indeed sound splendid.

Ron Carter – My Personal Songbook
This collaboration with the WDR Big Band (that’s German TV and radio) finds the upright bass legend showcasing selections from his original compositions in the high-energy, versatile format of big band jazz. There’s a pleasing variety to the numbers selected, and while Carter’s bass playing is prominent, it’s the combined effect of the seventeen players accompanying that gives this collection its fire. Though big band jazz is associated with a bygone era, these performances are fresh and timeless; the arrangements are new, commissioned for this session. The package includes a DVD featuring a documentary on the making of this recording.