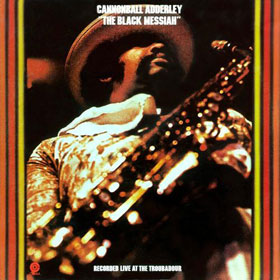 Both in the professional and personal sides of my life, there’s a lot going on at the moment. It’s all good, but it does put some serious constraints upon my time management skills. Nonetheless, I plan to continue my unbroken string of blog entries (one per business day, every week since June 2009.

This week alone will see a lot of blog-related activity for me, though the fruits of those activities won’t show up until the coming weeks. I recently interviewed jazz/fusion guitar legend Larry Coryell; we discussed his latest album, The Lift, but we also spent a good deal of time on his career overall, stretching back into the 1960s. Look for that feature soon.

Keith Allison initially made his name as a co-star (alongside Paul Revere and the Raiders) on the weekly TV show Where the Action Is. He had previously been in The Crickets, and eventually joined The Raiders, with whom he remained until the mid 70s. He’s remained quite musically active since that time. A new compilation of his Columbia Records releases (plus some even-more-rare small label sides) have been collected on a new release from Real Gone Music. We discussed that and much, much more. He’s always a fun interview, and I’m really excited about sharing that feature with my readers.

The early 1970s was a fertile period for the style of music we now call fusion. Keyboardist Todd Cochran (aka Bayeté) released an album that’s an exemplar of the genre; Worlds Around the Sun has been out of print for decades, and used copies command steep prices. Omnivore has reissued the album, and last week I enjoyed a wide-ranging conversation with Todd. Look for that feature soon.

Speaking (again) of jazz, I’ve just completed work on the liner notes and package design for another long-unavailable album due for reissue on Real Gone Music. Cannonball Adderley‘s double LP The Black Messiah will be out in May. My liner notes include excepts from an interview I did last week with Adderley biographer Cary Ginell. The Black Messiah is one of the most varied albums you’ll ever hear, and I’m honored to be involved with its long-overdue reissue.

German art/space/prog rockers RPWL haven’t made inroads into the American market, but they certainly deserve to. Their upcoming album Wanted might be the one that breaks them through. I reviewed their live album not long ago, and I’ll be interviewing the band later this week. Keep an eye out for that feature.

The Zombies are legends. They enjoyed a number of hits in the 1960s (“Tell Her No,” “She’s Not There,” “Time of the Season,” and more). When they split at the decade’s end, lead singer Colin Blunstone went on to a solo career (including sessions for The Alan Parsons Project), while keyboardist Rod Argent formed a group called…well, you know. “Hold Your Head Up” was their biggest hit. These days Rod and Colin tour again as The Zombies, and I’ll be speaking with both of them in the next few days. Look for a feature soon (they’re coming to Asheville NC’s Orange Peel on April 15, by the way). I saw them a few years back in Chapel Hill’s Cat’s Cradle, and I’m here to tell you: they’ve still got it.

Organist Dr. Lonnie Smith is a star of the jazz, soul-jazz, funk and jam idioms. Though the “doctor” honorific and the ever-present turban are stylistic affectations, his music is the real deal. He’s playing at Asheville’s Isis Music Hall this Friday, and I’ll be conducting a pre-show interview with him. That feature will be online soon.

And on top of all that, I have a huge pile of CDs – new music and reissues – that I’ll be reviewing in the coming weeks. The music never stops at Musoscribe World HQ, and I wouldn’t have it any other way. Thanks for reading.