I’m still working through an enormous backlog of CDs in my must-be-reviewed pile. You should see the rejects pile: a lot of pretty good music didn’t make the cut, owing to a simple lack of time and space (though I’ve spared you from coverage of some dreadful stuff as well). Today I’ll take a quick look at some fine jazz reissue/archival releases; these are either (a) classic albums reissued for modern listeners or (b) old recordings that haven’t been released before for one or another reason. All are worthy, and – please note – they’re covered here from the (relatively unschooled) point of  view of a rock fan who’s only come to appreciate jazz in the last several years.

Charles Mingus – The Jazz Experiments of Charles Mingus
Originally a pair of ten-inch releases (Jazzical Moods Vols. 1 and 2) issued on the tiny Period label, this 1954 album serves up six tracks (three originals, three interpretations of others’ work) on a record that features – among others — Teo Macero, later to gain fame as Miles Davis‘ producer/studio collaborator. In a slightly unusual move, this record featured liner notes by the artist himself, in which he sought to explain the goals and nature of each track. As expected, Mingus‘ bass work is propulsive and thrilling, but everyone else (notably trumpeter Thad Jones on four cuts) blows as well. 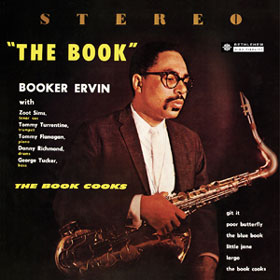 Booker Ervin – The Book Cooks
Perhaps the least well-known artist covered in this set of reviews, tenor saxophonist Ervin was an exemplar of the hard bop style. This 1960 album was his debut on record as a bandleader, though he’d busily go on to release well more than a dozen albums before his death in 1970. Here he often duets with Zoot Sims (another tenor sax man) on six numbers, all but one an original. This bluesy set subtly presages soul jazz of the coming years. Ira Gitler‘s original liner notes even mention the word “funk,” a term not in wide use in 1960. 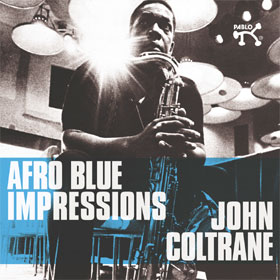 John Coltrane – Afro Blue Impressions
Some quick history: this album was recorded live in 1963, at a pair of dates in Stockholm and Berlin. The tapes remained unreleased until 1970, at which time Norman Granz‘s Pablo label released a double album. Now in 2014, additional stray tracks from those dates (ones that had appeared on other albums) have been added back to create a 2CD set. Coltrane and his band (McCoy Tyner on piano, bassist Jimmy Garrison and Elvin Jones on drums) turn in stunning performances that cover a great deal of stylistic range. Neil Tesser won a Grammy for the definitive reissue’s liner notes. 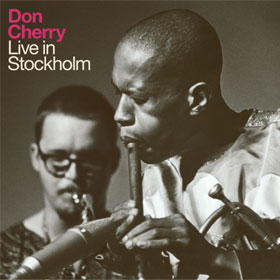 Don Cherry – Live in Stockholm
Like the above album, this was recorded live onstage in Sweden, but that’s where the similarities end. Cherry‘s avant-jazz stylings on three extended pieces veer much closer to the style of Ornette Coleman (a frequent Cherry associate). Playing his “pocket trumpet” as well as flutes, piano and percussion, Cheery leads his band – here, mostly Scandinavian players from his then-newly adopted home country – through impressionistic, difficult pieces that rock -centric listeners might find vaguely similar to some of Frank Zappa‘s early 70s work (circa Waka/Jawaka and The Grand Wazoo), though certainly without the rock trappings of the latter. 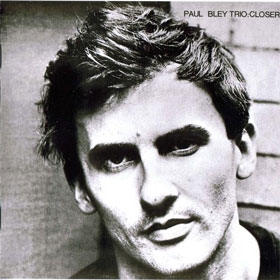 Paul Bley Trio – Closer
Recorded in a single December 1965 session, this features pianist Bley plus Steve Swallow on bass and Barry Altschul on percussion. All but one of the tracks are composed by Carla Bley (them married to the pianist), and predate her compositions for Gary Burton (A Genuine Tong Funeral) by nearly two years. Though Ms. Bley is known as a giant of the free jazz movement, the Vince Guaraldi-ish “Ida Lupino” opens the set. Then things get very weird, with rambling piano and disorienting percussion. Occasionally it’s quite accessible (“Sideways in Mexico” ) but generally this is an avant-jazz outing. 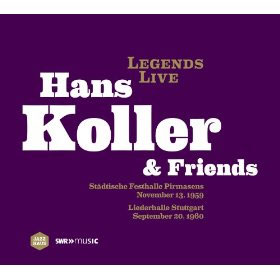 Hans Koller & Friends – Legends Live
Another winning release from the Jazzhaus vaults, this features selections from a pair of live dates in Germany in 1959 and 1960. Viennese tenor saxophonist Koller leads a mostly European ensemble (plus acclaimed American bassist Percy Heath) through mostly original material, with Jerome Kern‘s “All the Things You Are” added in. (That track features Martial Solal‘s kinetic piano.)The 1960 tracks from Stuttgart feature a brass ensemble. The live sound quality captured here is impeccable, a hallmark of all Jazzhaus archival releases. The performances tend toward a traditional, classicist, big-band-writ-small feel, but there’s plenty of tasty playing and soloing throughout.