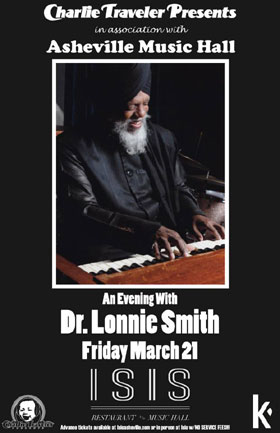 Lots happening here at Musoscribe. In recent days I’ve interviewed some big names, and those features will be online soon. These include (but are not liited to:

And I’m also thrilled to soon be interviewing Dr. Lonnie Smith when he comes to town (see poster at right; details here). There’s much more besides.