A tradition I’ve developed these last four years is NOT posting a review, essay or interview on Thanksgiving. Instead I’m taking the day off and preparing (with my sweetheart) a nine-course Holiday feast for us, my two adult kids, and my sweetheart’s mom. Everything pretty well made from scratch, with homemade red and white wine (see below) on hand as well. I wish my readers here in the United States a festive and happy Thanksgiving Day; everyone else, happy just-plain Thursday. 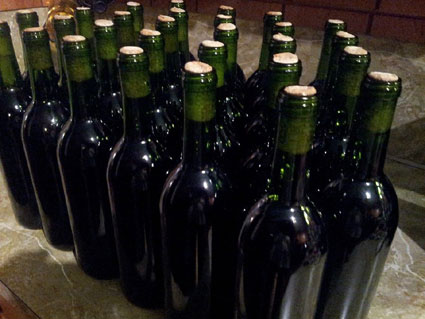 For those who simply must read something, don’t leave! You can always scroll down, or click on one of the links below; the latter will take you to some notable content on the site, all from this month.