Essay: For the Love of Vinyl

“May I have your mailing address? I have some vinyl I’d like to send you.” That brief message from a music publicist landed in my inbox yesterday, and brought a huge smile to my face. You see, like many people, I am a vinyl fanatic.

I started buying LPs around 1973 or so (I was nine); prior to that I had amassed a handful of cassette albums that I played on my portable Norelco deck. I had a couple of Carpenters albums, some Partridge Family, some Jim Croce and a Sonny & Cher live set. Not very rocking, I admit; the rock side of my interest was confined to my radio listening at that stage. But when I inherited my uncle’s hi-fi, it was time to start getting records.

The hi-fi was a curious thing. It looked like a really sturdy suitcase. The speakers unlatched from each end, hinged outward, and could be unhooked and moved away from the main piece. The audio cable – about four feet long, if I recall – was stuffed into a hole in the back of each speaker. At the top of the case was a metal button; when pressed, it released the front panel, which came crashing down like a Murphy Bed in a screwball comedy, revealing a turntable. Three knobs were also revealed: volume, tone and balance. Tone, of course, related to bass/treble, and since in those early days my hearing hadn’t been wrecked by years of live rock’n’roll, I adjusted it judiciously. Balance was almost pointless; this unit was a hi-fi, not a stereo, so the output through each speaker was identical.

But it was enough. I started buying LP records as soon as I could afford them. In those days a record on sale went for about $4.99 – still a lot of money for a ten-year-old – but I bought them as able. My earliest records were mostly 45rpm singles, though when my aunt and uncle came to visit, they went out and bought me Sgt. Pepper’s Lonely Hearts Club Band. Of course that set the bar pretty high: “So,” I probably thought to myself at the time, “I guess albums all come with lyrics on the back, a gatefold sleeve, and an insert with cutout moustaches and the like.” Subsequent purchases did little to dispel that notion: when I bought Wings‘ Venus and Mars, I got – again – the lyrics and the gatefold sleeve, plus two (count ’em, two) posters and two stickers! Plus the record was really great. 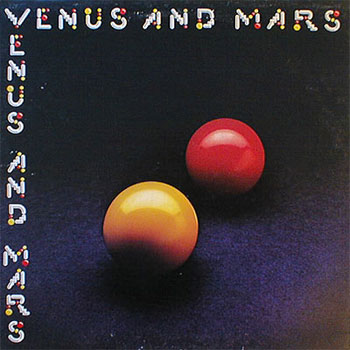 I still have both of those LPs, and nearly all the singles I had bought previously. I say nearly because – even though I lean ever-so-slightly in an OCD direction and can count on two hands all the physical objects I’ve lost or misplaced my entire life so far – a pair of singles seem to have disappeared on me. And it was only earlier this week that I finally came up with a possible explanation. The two 45s that went missing from this young boy’s collection were Ray Stevens‘ “The Streak” and C.W McCall‘s “Convoy.” So, dear reader, what do you suspect happened to them? Yup. I think my parents took them away and destroyed them. They were surely sick of hearing the novelty songs played loudly and incessantly, and probably felt they were doing me a favor. In retrospect, they probably were. I must ask them about this when I talk to them this weekend. No hard feelings, Mom and Dad. 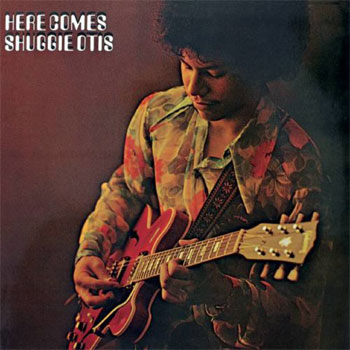 These days I still buy vinyl. About a week ago I went onto Spotify and listened for the first time to Shuggie Otis. Even as a teenager, he was turning out some amazing guitar work. His album Here Comes Shuggie Otis is an amazingly varied affair, and the production on it is often no less than thrilling. I immediately went onto eBay and found a good used vinyl copy for a few bucks. I “bought it now” and it arrived yesterday. I’m spinning it as I type this. The few crackles don’t bother me a bit; they’re sort of auditory “comfort food, “ like peanut butter and jelly sandwiches, macaroni and cheese, and other staples of my childhood.

My ex-wife sent an email a week or so ago, alerting me to an upcoming “record fair” here in Asheville. She copied my adult kids on the email, too; both have vinyl collections numbering in the hundreds. So that’s where I’ll be tomorrow. Six thousand LPs and counting, and no end in sight. Maybe they’ll even have a C.W. McCall single I can pick up cheap-like.