Zappa Music in the Grand(mothers) Tradition: A Talk with Napoleon Murphy Brock

Yesterday I featured my conversation with Don Preston, keyboardist with The Grandmothers, a group that includes several members of Frank Zappa’s Mothers. Interspersed into that conversation were a couple of exchanges with Napoleon Murphy Brock (vocals/sax/flute). Here are a few more highlights from that brief exchange. – bk

Bill Kopp: The early 70s was a time when artists were pushing boundaries, not worrying about genre labels. I think of the Nat Adderley album Soul Zodiac, with George Duke, Mike Deasy and the spoken word stuff. That was jazz, soul, psychedelic, whatever. I think the same could be said for a lot of the stuff Frank did in those days. When you played that music, what did you think of it as being? What kind of music? 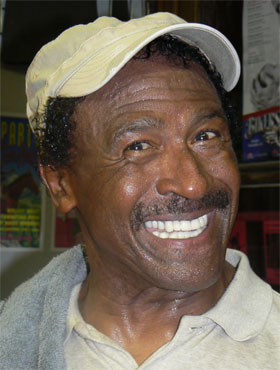 Napoleon Murphy Brock: It’s theatre. That’s what we called it: total music theatre. And if musicians who are playing it – even if they’re playing all the right notes – they’re playing it incorrectly. It’s not just notes; there’s choreography involved; there are a lot of things involved that make up this music, to make it what it is. It’s closer to being a musical comedy on Broadway than anything else you could think of.

BK: Do you use those spontaneous “cues” in the arrangements like Frank often did, to change things up in real time?

NMB: The other component about Frank’s music is that there’s rigidity and discipline, but there’s also improvisation. There’s looseness, but it’s a disciplined looseness. There are spaces where you can do something you didn’t do the night before, but it all has to be confined within the boundaries of musical theatre.

BK: The people who come to the shows: are they 100% Zappa fans, or so some curious people wander in not knowing what they’re going to get?

NMB: Some of them are loyal Zappa fans. And some come because they have heard that these are the actual people who played on the records thirty-some years ago. They come to see what happens now, and to see if we can still play it as well.

No lip-syncing is allowed in Zappa music. Everything is played live, at the moment. Our intention is to make the music that we recorded with Frank sound better than the record.

Had you ever seen a Zappa show, with Frank? 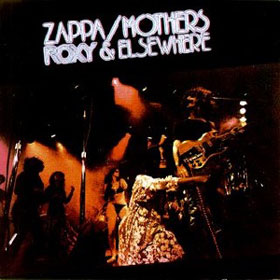 NMB: So you never got to see the Mothers of Invention.

NMB: Well, if you’ve got the CD of Roxy & Elsewhere…

NMB: Listen to it before you come to the show. Sit down, and don’t talk or do anything else. Listen to the entire Roxy & Elsewhere album, and then come to the show. I guarantee you a vicarious experience. That’s how close to the original – but even better – we get. Because it’s live.