Guitars on Fire: The Fire Tapes 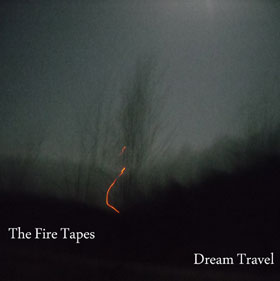 The Fire Tapes are a four-piece based in Charlottesville, Virginia. Their signature sound is informed by a wide – and slightly unusual – array of influences that come together and create something fresh, unique, multilayered and intriguing. In the midst of a tour to selected venues in the Eastern time zone, the band took a swing through Asheville NC for a date at the Emerald Lounge. Having recently scored a copy of the band’s debut CD Dream Travel, I was keen to see them live onstage. I also got a few minutes with all four band members after their sound check early that evening.

I mentioned to the band that in their music I hear a mix of different sensibilities: psychedelic, hazy drone, New York new wave like Television and Blondie, classic country, and even Appalachian church hymns. I asked if the Fire Tapes “concept” was an intentional combining of those wide-ranging styles. “I think the country influence maybe comes from my side a little more than anyone else’s,” says vocalist and co-lead guitarist Betsy Wright. “That’s from my singing style; I grew up listening to Dolly Parton and Emmylou Harris. I think it happens naturally,” she continues. “Everyone [in the band] has different influences.” 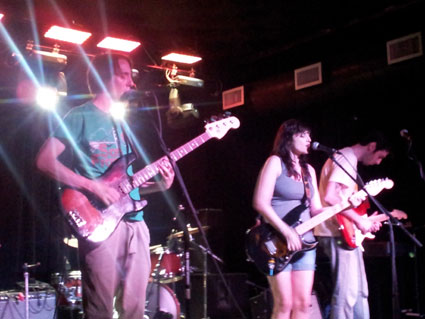 “I think that was a big goal when we started playing,” adds guitarist/vocalist Todd Milton. “We wanted to have something that was at least a little unique.” He recalls that when he first started playing in the band with Betsy, he thought, “Emmylou Harris? Oh my god! But she also liked a lot of rock, stuff like Television.”

Those different strains of American music come together in the group’s songs, and onstage they make an effort to create a certain atmosphere. “I think the vibe is really important, says bassist/vocalist Rob Dobson. “We don’t always re-create songs live like they are on the album. It changes every night.” Todd notes that “a lot of the songs have intentional sections that are designed to be different every single time we play them.” and through the process of performing the songs on tour, the arrangements mutate as well. “New harmonies, new ideas develop,” says Rob. “With newer material especially, we’re playing it out before we record it.” Todd says that sometimes at a show, “We’ll say, ‘This one’s a little slow. How can we change it to make it more fun for us?’” 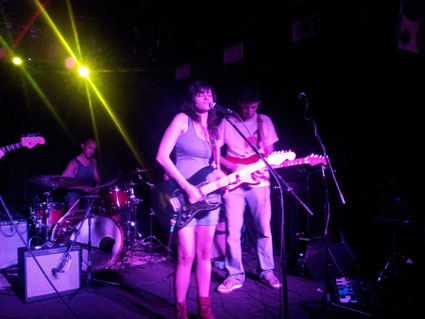 The songs themselves come together through a process. “We each write the basic structure of our songs individually,” says Betsy, “and then we bring them to the band. Lyrics, chords, melodies. But from there, everyone adds to it.”

The Fire Tapes are based in a city known for its jam band scene. And while the band does indeed stretch out on some of their tunes, they’re not really what anyone would call a jam band. For that reason, getting positive notices in their home town took some time, Betsy admits. “But they’re starting to embrace us pretty well, I think,” adds Todd. “All of us are not originally from there,” notes Rob. “So we didn’t initially know a lot of people. We made friends, but one guy in particular – a popular local blogger – caught onto us and really helped us. He got people out to see us, and now we’ve got a pretty decent following.” Even though The Fire Tapes don’t fit into the prevailing style of the Charlottesville scene – “We’re much more rock’n’roll,” Betsy stresses – their psychedelic musical leanings often appeal to that fan base. 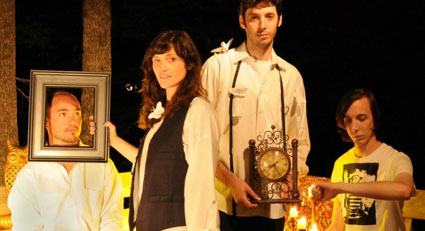 The night I saw them perform, they had the bad luck to take the stage right after a local band with a large friends-and-family contingent; most of those people left after the opening set. What they missed was a high-energy, sprawling and deeply textured set of music that draws from the same musical well of inspiration that gave us bands like The Dream Syndicate. The songs are sometimes delivered at medium tempo, but there’s always a healthy, balanced amount of heaviness, melody, hooks and even drama. The guitar interplay between Wright and Milton – this isn’t a band with a “rhythm guitarist” – adds a level of excitement that keeps eyes and ears intently focused on the band.

At press time, upcoming Fire Tapes include gigs in Brooklyn, DC and Richmond. See them now so you can tell people you saw them before they hit it big. More info on the band’s web site.