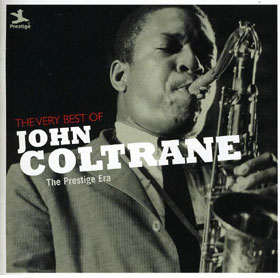 The Very Best of John Coltrane (The Prestige Era)
Concord puts a tight focus on John Coltrane‘s work for its The Very Best of John Coltrane, subtitling the set “The Prestige Era.” a 2010 double-CD set surveyed his work for that label plus his work on Riverside (Concord controls both catalogs), but this new set reprises a mere three cuts from the earlier collection. Jazz scholar Ashley Kahn rightly starts his liner note discussion by making note of Coltrane’s phrasing; said lyrical phrasing is on vivid display on the ten tracks on this CD. One of Trane’s strengths – there were many – was his ability to make a song his own, to indelibly stamp it with his personality. As such, of the ten tracks on The Very Best Of, only one (the lengthy workout of “Traneing In”) is a Coltrane original. The others are standards (“Lover Come Back to Me”), numbers written for his band (Fred Lacey‘s “Theme for Ernie”) or works by his esteemed associates (Monk‘s appropriately-titled “Nutty,” from Thelonous Monk with John Coltrane). Exuberant, upbeat and played with so much life it boggles the mind, this is music that must be heard. If you’re new to Coltrane’s work and this doesn’t lead you to want more, like the man said, Jack, you’re dead. 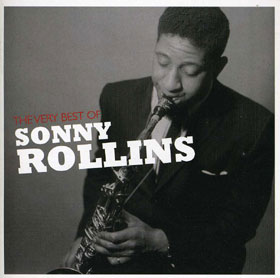 The Very Best of Sonny Rollins
Tenor saxophonist Sonny Rollins is yet another jazz great who recorded for labels now under control of Concord Music Group. Their 2010 Definitive Sonny Rollins set drew upon albums recorded for Prestige, Riverside and Contemporary, spanning the period 1951-1958. The 2012 collection The Very Best of Sonny Rollins looks to that same period, and in fact six of the ten tracks on the latest set appeared on the 2CD Definitive collection. But let’s not hold that against Concord, especially in light of the fact that the target audience for the two sets is slightly different. Unlike the Coltrane, Miles and Montgomery sets, this collection doesn’t feature a set lineup of musicians; the personnel for nearly every track is unique. But with names like Max Roach, Oscar Pettiford and Barney Kessell, you can’t go wrong. Musically a bit more challenging than the sounds on the previously-mentioned collections, the Rollins numbers have a vibe that’s equal parts abstract and melodic. Neil Tesser‘s liner notes help Rollins neophytes (and everyone else, for that matter) understand what’s special about the sax player’s style, with just the right amount of technical description to make the point without wading too far into the weeds for non-musicians. Even though most of the ten tracks are high-energy the set’s highlight is a breathtaking yet melancholy reading of “In a Sentimental Mood” featuring the Modern Jazz Quartet. 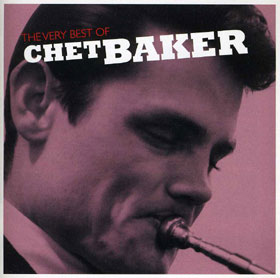 The Very Best of Chet Baker
Concord also released The Very Best of Chet Baker, but I’ll pass on an in-depth review of that set. I actively dislike Chet Baker‘s vocals (featured on four of the set’s 14 tracks) but I appreciate his virtuosity as a player. As such my thoughts on the album would be of limited value to readers. Suffice to say that it looks to be a solid overview of Baker’s work 1952-1965, with a strong emphasis on the late 50s.