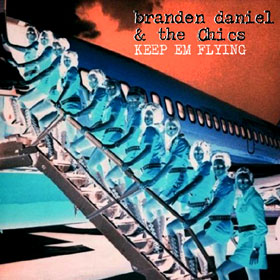 When I first heard King Khan and the Shrines, I likened them to some sort of Second Coming or salvation of soulful garage rock. Or something like that. Their album The Supreme Genius of King Khan and the Shines was packed to the limit with high-energy music that drew upon the best elements in everything from Ray Charles to Sun Ra, from the Ramones to the Memphis Horns. The psychedelic soul of Khan and his backing band was great both on record and – especially — onstage. I was fortunate to see the band three separate occasions, and I interviewed Khan a couple of times.

There were clouds on the horizon almost from the beginning, however: The Supreme Genius was released in summer 2008, and it was a compilation of the best of the group’s previous work. So it wasn’t truly a “new” album. And as exciting as Khan’s shows were when I witness them in summer ’08 (in Washington DC) and March ’09 (at Asheville NC’s Orange Peel), by the third time I saw the band, there was a vague vibe of phoning-it-in. Khan looked a bit tired, the band ran through the same set they had a year earlier, and there was no new music. Today it’s four years later, and there still hasn’t been a followup album. I keep reminding myself that hope springs eternal, but my hopes have clearly dimmed.

While we wait for Khan and his merry band to get their acts back together, to where can we turn for the sort of gritty-yet-tuneful music of that style? I’m pleased to report that the answer may be found in Seattle. Keep Em Flying from Branden Daniel and the Chics serves up menace, mayhem and merriment across its ten tracks.

From the fret-buzzing, wigged-out hypnotic riff that kicks off“All Things Chic,” it’s clear that this is music in the tradition of Iggy and the Stooges. The tightly wound arrangement balances taut playing and reckless abandon in a way few bands have been able to match. When the band slows things down as they do on “Missionary,” there’s still a greasy, lubricious feel to the music that suggests danger – the good kind – is right around the corner.

The production vibe on “Hey, Howie” (and on all ten tracks, for that matter) strikes just the right ambience: a very analog-sounding aesthetic full of plate reverb, minimal overdubs and a very live-in-the-studio feel all give Keep Em Flying a very authentic and sincere character. Some classical strings do crop up on “Feel Real,” but their use is closer to what you’d hear on Big Star‘s Third/Sister Lovers than on a Moody Blues record. There’s even a vaguely Las Vegas feel to the spooky, low-key song; one almost expects a brassy horn section to kick in halfway through, and for the band to show up in tux, tails and Alice Cooper makeup. (None of that happens.)

Imagine Aerosmith without all the arena-rock cliché trappings, and with a punk sensibility, and you’ll end up with something not unlike “Only the Heavy.” And on “Mor Yay” Daniel and band channel both the New York Dolls and high-octane r&b rock legends The Sonics. And on “So Alone” the group manages to take some of master thieves Led Zeppelin‘s blooze stylings and filter them through their own singular musical point of view.

Daniel’s soulful yelps and the band’s unison backing vocals on “Burns” set the stage for a nice’n’noisy guitar solo. And the song’s refrain – “It burns / but it’s a good burn” — is as apt a summary of the music on Keep Em Flying as anything this writer might come up with. A band to watch, even when and if King Khan returns with new material. The King is hereby put on notice: the throne is in jeopardy.