Jump Out the Window: The Brotherhood Story (part 7)

Brotherhood Brotherhood Phil recalls that after they had taken their Joyride, the band had gotten eclecticism and experimentation “out of our system.” Now it was back to business, back to crafting a “second” Brotherhood album. The situation is thick with irony: their recording budget slashed, their lineup frayed, their future uncertain, they would cobble together an album with a few new songs but largely made up of leftovers, covers, a three-year old single, and even a borrowed track. Yet the resulting album, Brotherhood Brotherhood, would be their most fully realized, consistent effort. 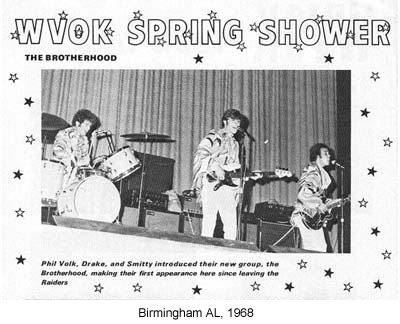 “We had to knock the second album out fast,” Phil says. “We did it in less than half the time that the first album took. We were getting ultimatums from the label that we had to bring this album in under $30,000 to offset the overrun on the first record.” Phil says that they decided to deliver the album that RCA wanted, one that “sounded like a rock band.” They even recorded some of the tracks live in the studio. “We told our friends, ‘We gotta get some songs done,’ and so we pulled things from different sources.” Phil asserts that David Crosby offered to sing his “Long Time Gone” on the next Brotherhood album, but that RCA wouldn’t allow it. 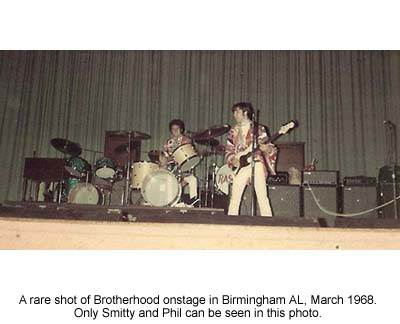 With Smitty gone, Drake and Phil rang up Bartholomew Smith-Frost (aka Frosty) but he was already busy playing with Lee Michaels. Frosty suggested his roommate, Joe Pollard. Jeff Levin — Drake’s brother, and Brotherhood roadie during this period — recalls that Pollard was known as “The Machine” thanks to his solid drumming. Joe had attended high school with Jim Valley, and had been an active part of the Seattle music scene. “I went over to meet Drake and Phil at RCA Studio C, the small studio,” Pollard recalls. “Basically, if they didn’t have a band and that album, the record deal crashed.” 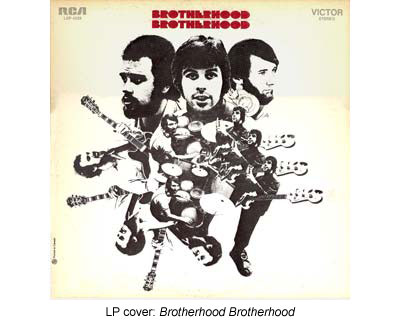 Joe signed with the band for what would essentially become a “power trio” record. “Drake was really good at ‘robbing Peter to pay Paul.’ Somehow,” Pollard laughs, “the advance that I got for signing with RCA turned into a guitar amp!” Joe says that the band tried without success “to get Terry Melcher to produce the album.” But instead, “We were [allowed by RCA to be] our own producers, which was unheard of in those days for a rock band. Ten years later, everybody was doing that.” The band blocked out long stretches of studio time at RCA. Pollard says, “We were bumping people like Henry Mancini. I remember going next door and meeting people like Quincy Jones and Frank Sinatra.” Michaels and his pal Jimi Hendrix even dropped by the studio once for an all-night (albeit unrecorded) jam with the band. 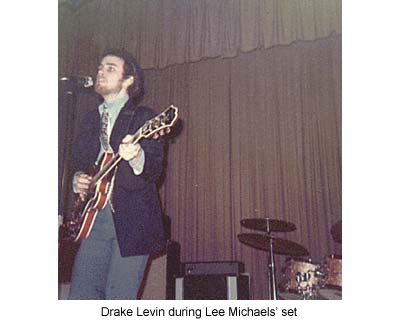 The album opens with Phil’s “Don’t Let Go,” a put-your-hands-together pop-soul number that features arrangement and delivery similar to “We Gotta All Get Together” from the Raiders’ 1970 album Collage. Famed sessioner Larry Knechtel plays gospel-flavored piano on the track. The rousing crowd of voices on the song includes Gene Redding (Otis’ cousin) and Phil’s wife Tina.

In need of material and in a hurry, the band revived Drake’s single “Glory Train” for the album. The jazzy, 6/8-time recording from 1966 featured Jim Gordon on drums, Ron Collins on keys, (probably) Jerry Cole on bass, and Drake on guitar and vocals. Oddly, the composition credit for “Glory Train” was listed on Brotherhood Brotherhood as Levin-Volk despite the three-year-old single having been credited solely to Drake (actually, to “D. Levinshefski,” a Raiders-era in-joke.) 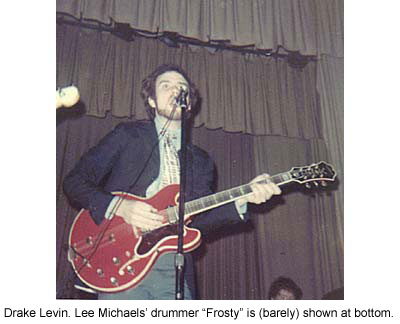 “When the Chips are Down” spotlights Phil’s busy, inventive bass work, and understated wah-wah guitar from Drake. Harry Nilsson had been recording in the next studio, and came over to listen to the finished track. “He really liked the scat vocal on this song,” Phil beams.

“Back Home Again” features one of Drake Levin’s most impressive guitar solos. His screaming, surf-inspired delivery embodies the direct, rocking style the band wanted for the album. Joe Pollard notes that “Drake was spending a lot of time experimenting with sounds.” Phil thinks his environmentally conscious lyric – inspired by JFK’s June 1963 American University commencement address — “might have been too subtle,” but in the end it’s the musical performance that carries this song.