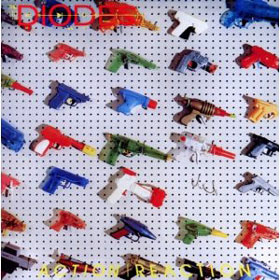 I remember when I first heard about the Sex Pistols and this new thing called “punk rock.” It must have been around 1977 or so; a news piece on the weekly TV news magazine show 60 Minutes showed then-shocking photos of people with mohawks and whatnot, roaming the streets of London. I recall that the music was noisy, aggressive, threatening, and not very, well, musical. (I was all of thirteen, mind you.) The funny thing, of course, is that a few short decades later, listening to Never Mind the Bollocks, Here’s the Sex Pistols, I’m stuck by just how connected to classic rock it sounds now.

That just goes to show how some of what what once seemed so out-there can eventually – with hindsight – seem to fit into the grand scheme of things. When it comes to music, this is especially true if the music was a good indicator of where the trends were heading. Thus, things like Human League and Thompson Twins – in other words, things that largely sucked to begin with – now sound hopelessly dated. And music that had some depth and energy, well, that has worn better over time.

According to those in the know, Toronto-base punk group The Diodes did their best work on their earliest releases. Their excellent 1978 single “Tired of Waking Up Tired” gained its own small piece of immortality when it was included on one of Rhino’s excellent genre-summing D.I.Y. collections. After some high-profile touring as openers for Split Enz, U2 and others, and two major-label albums (on Columbia/Epic) The Diodes found themselves off that label, signed instead to Orient Records, an RCA subsidiary imprint. Their third release was 1980’s Action/Reaction. Like many small-label new wave releases from that era, the LP quickly went out of print; used copies of Action/Reaction change hands for upwards of $30, if you can even find a copy. (As I write this, I see that a first-pressing autographed by all four members can be had for $68.)

The album itself has now been reissued on Bongo Beat (a label headed by Ralph Alfonso, the band’s original manager and Ralph Records namesake). Including six bonus tracks (two of which are previously unreleased) and carefully remastered, Action/Reaction is one of those recordings that has in fact worn well. It’s relatively free from the dated recording techniques of 1980. There’s some compression and gated reverb to be sure, but as an overall recording, the album has a fairly live-in-the-studio feel to it. One supposes that onstage, The Diodes were less slick than they’re shown on this record, owing mostly to the fact that stacked vocal harmonies and guitar overdubs aren’t possible onstage. Or, they weren’t in 1980.

Action/Reaction doesn’t sound at all revolutionary in 2012, and one would be hard-pressed to call it “punk” at all. New wave? Certainly: the stripped-down, straight-ahead arrangement of a rocker like “Polaroid™” has more in common with The Vapors or The Knack than, say, Tom Petty and the Heartbreakers. The songs are riffy and tight, and guitar solos – when they appear at all – are short and to the point. The vocal approach is pretty consistent across all of the original album’s nine tracks: unison and harmony voices throughout.

It’s interesting to compare the demo of “Catwalker” with the “finished” version (a hit in Canada) on the album-proper. The demo has a single vocal – none of those stacked vocals – and sounds a bit like The Ramones, if the Ramones could swing. (They couldn’t.) Since it’s a demo, it’s sonically a bit thin, but in its own way it’s more timeless than the more produced version. A bonus live cover of The Rolling Stones‘ “Play With Fire” shows that The Diodes could slow things down and play with a mixture of menace and subtlety. It also highlights – if it needed highlighting – that the so-called punk movement was, in the end, more in line with the onward development of rock music in general than some might have you believe.

Alfonso’s detailed and informative liner note essay helps put the record in historical perspective. The 2012 release – the first appearance of Action/Reaction on CD – might not be an earthshaking release, but it showcases some unjustly forgotten music that’s well worth a listen.