Bill Kopp: I was blown away by The Explorers Club‘s precision onstage in Asheville recently. What made it more amazing was when I learned that the bassist was a stand-in – he even sang some leads – and that your merch guy was playing a few dates as well. How do you pull off such a tight show, even with substitute players? 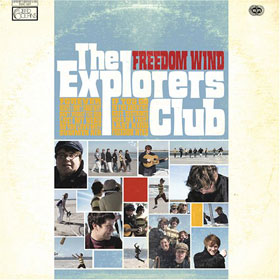 Jason Brewer: It’s all about enthusiasm. The guys we play with, they love to play. Now, truth be told, the guy standing in on bass – even though he’s not a regular member of the band – he sang harmony backing vocals on every song on Grand Hotel. And the guy playing trumpet and other stuff that night, his dad is a big friend of the band, and he’s been a fan of the band since we started. He’s a college student and a really talented guy. When he has time, he plays with us.

The misconception among some people is that we would come out onstage and play a bunch of soft pop. We like to play some rock’n’roll too, y’know.

BK: Onstage the The Explorers Club are high energy and tasteful. And those are not two qualities often found together.

BK: Freedom Wind is clearly influenced by the Beach Boys; it’s a virtual pastiche. But what’s interesting to me is that the songs are really your songs, not rewritten Beach Boys songs. That’s one of the things that makes it different for me from, say, The Rutles, or Utopia‘s Deface the Music album. I would argue that you could have presented the songs in a wholly different genre context – had you wanted to – and they would have worked fine, owing to the “a good song is a good song” concept.

JB: The way the whole band started was, I was kicking around in my friend’s studio in Atlanta. I went there for a few months to write some songs with Troy Stains. He’s not in the band; we’re just co-writers. We’re both really into Françoise Hardy and the [then-unreleased Beach Boys] SMiLE record. So we were jamming a bunch of Beach Boys, French pop, and – something else I really like – the Nuggets collection.

And I said, “Let’s do a Phil Spector thing, just for fun!” So we came up with the song on our first album called “Forever.” We recorded it – the two of us and a drummer – and we stacked all the vocals. We thought, “Yeah, this sounds pretty cool.” I took all the other songs I had recorded with him – they all had varied sounds – but only “Forever” and one other got finished. We started eight but didn’t finish any of the others.

I listened to “Forever” on the way home, and thought to myself, “We can do this Beach Boys thing pretty good.” I took the recording back to Charleston and played it for a bunch of guys I knew – guys I had played in bands with in the past – and we decided we had to start a band around that sound. So I said, “Okay, let me see if I can come up with a ‘new’ Beach Boys album that they never wrote.” I took it upon myself to carry on that west coast sunshine pop tradition, since they don’t seem to be doing that too well any more. 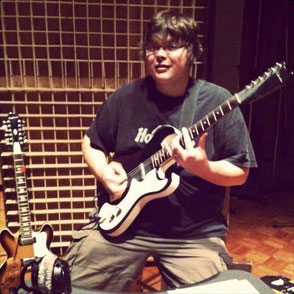 I wasn’t writing thinking, “Oh, I want to be the Beach Boys,” but rather just, “Let’s write some songs with that sound, that production value. And let’s see how it turns out.” So The Explorers Club was started on the basis of a bunch of demos, and some guys I got together in Charleston. Guys who liked what I liked, and who are really fantastic musicians.

But the new record, Grand Hotel, is much closer to what I wanted to do originally. It’s sort of all over the board. It’s definitely inching our way toward finding our own sound. Me and my co-writer, we want to write modern classics.

BK: I saw a comment someone left on the band’s Facebook page, in which he complained about the Explorers Club “deviating from the formula” on Grand Hotel. At first I thought it was someone doing a parody impression of Mike “Don’t F**k with the Formula” Love. Then I realized the guy was serious. How much do you worry about being pigeonholed? Did that figure into your broadening the group’s sound?

Making this record, I was listening to Burt Bacharach, and The Carpenters, and The Grass Roots. And teen idols from the early seventies. The Bay City Rollers, and ABBA. That’s what I was in the mood for. I started playing a bunch of that stuff on the guitar, and I guess it was really just, “Hey! This would be a heckuva lot of fun!”

I had just gotten married, and went to Mexico on our honeymoon. I heard all this crazy mariachi music and – this is kinda weird – a lot of Jobim and Brazilian jazz. In Mexico. Which didn’t make any sense to me. On the plane, in the elevators.

I’m a life-long Elvis Presley fanatic. In the studio, we watched Fun in Acapulco and Blue Hawaii while we were making the record. So I felt like I was on a sort of two-year-long musical vacation. And the whole idea behind the new record was, we’re gonna check into a hotel in some sunny, foreign, tropical place.

So yeah, I know some people are going to be bummed that we didn’t make Carl and the Passions Part Three. My advice to them is to open up their minds a little bit. Or go listen to Rip Chords records…I don’t know.

BK: It’s not as if Grand Hotel represents a stylistic left-turn; it’s not as if you made an album of death metal.

JB: That’s the thing, and I’ve thought about it. Listen to the bridge of “Run Run Run.” It’s got some sort of Pet Sounds-style harmony parts.

BK: I know that you feel like The Explorers Club has had some difficulty getting notice and/or respect locally.

JB: Charleston, South Carolina couldn’t care less about our band. When we first started, people thought we were cool; they thought…you know those indie rock bands that say they’re gonna sound like The Beach Boys, and then they sound completely different? 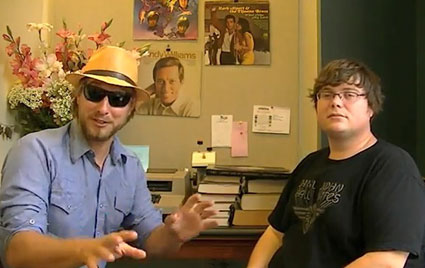 JB: Yeah. That’s what people thought we were. Or maybe The Shins. Now, I love The Shins; they’re cool. But people thought we were going to be like one of those Elephant Six-type bands [Olivia Tremor Control, Neutral Milk Hotel, Of Montreal]. I love Robert Schenider from Apples in Stereo; he’s one of my heroes. He’s such a champion of great music. We’ve toured with him.

So people sort of put us in that kind of [category]. And we even signed with a super-cool indie label [Dead Oceans] for the first record.

But here in Charleston, it’s jam-band central. And a lot of singer/songwriter Ryan Adams wannabees. We can’t even get the triple-A noncommercial station here to play us. They say that they play homegrown music, and they play just about every other local band but us. The program director has very matter-of-factly said to us that he doesn’t take us seriously.

We can play the Troubadour in Los Angeles, and get played on XM Radio – this morning we got some airplay in the midwest, and we’re getting played all different places – but here in our own hometown: no. Nothing. Absolutely nothing.

BK: There’s always that herd mentality: “This is popular, so more of this, please.” 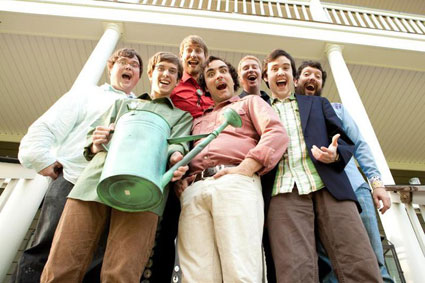 JB: I have a theory about all of that. There’s not a happy medium in music any more. There’s music that’s really challenging, really hard to listen to, and it gets a lot of attention. Like Radiohead. It’s hard to listen to; it’s not like, “Hey, I’m in a great mood; I think I’ll put some Radiohead on!” And then there’s music that you don’t have to think about at all. Terrible. And there’s no middle ground. But The Explorers Club is that middle ground. It’s poppy, and very happy, upbeat stuff. And the lyrics – and I’m the first to tell you, our lyrics aren’t Einstein; they’re really elementary – too. On the other hand, you’ve got the arrangements, with some complex chord changes.

And I think that sometimes people want to like something that’s difficult to listen to, or they want something they can ignore and put in the background.

BK: I interviewed Tim DeLaughter of The Polyphonic Spree many years ago. Perhaps even more so than you, he’s certainly somebody who knows about the challenges of touring with a large group. He has something else in common with you: the Polyphonic Spree made some commercial inroads – and some money, too – when one of their songs was run on television. In their case it was a Volkswagen commercial; in your case it was airing on several TV shows. How important do you think that sort of thing – commercial and TV placement – is to your long-term success? Is it pretty much a given that you have to pursue that?

JB: We have to. We live and die by that. Radio doesn’t matter as much any more; it’s all about getting placed where a lot of people can hear you. And that’s something we factored in with the new record, too. That’s why some of it is simple; we thought, “If we write a song about waiting for the phone to ring, a cell phone company might want to use it.” We’d be totally into that.

BK: I hear rumors that Mike Myers might make another Austin Powers film…

JB: If he makes another Austin Powers film, they need to get in touch with me and have me write some songs. For me, it would be the biggest deal ever.

BK: The instrumental title track on Grand Hotel reminds me of the original Casino Royale theme, and the theme from the Peter Sellers film The Party.

JB: That’s totally what we were going for. The guy who designed the album cover [James Abercrombie] had written that song. None of us in the band had really written it. He came up with the main idea for it, brought it to us, and said, “Turn this into 101 Strings or Herb Alpert.” So I decided, we’re going to tun it into Herb Alpert jamming with The Wrecking Crew. We were thinking of the James Bond movies when they’re in the lavish hotel. I kind of see Woody Allen‘s “Jimmy Bond” character in the elevator or something. So, yeah, you nailed it.