Looking Back at Monterey Pop

I’m reminded of Monterey Pop — the grand-daddy of ’em all — that took place more than 44 years ago. Here’s a feature I did on the 40th anniversary of the historic festival. — bk 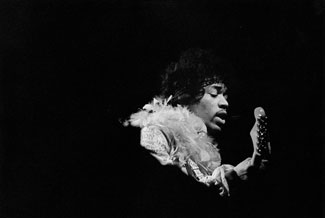 Before Coachella, before Bonnaroo, before Live Aid, and before Woodstock, there was Monterey Pop. For three days in June 1967 (the legendary “summer of love”), The Monterey International Pop Music Festival set the standard for all future festivals. Last summer marked the 40th anniversary of the event.

A defining moment in pop music history, Monterey Pop was the collective brainchild of a who’s who of music luminaries. That short list included producer Lou Adler, musicians John and Michelle Phillips of The Mamas & The Papas and Andrew Loog Oldham, producer/manager of The Rolling Stones. According to Adler, the festival grew out of a conversation “regarding the validation of rock ‘n roll music as an art form.” Jazz and folk had their festivals, but there had never been a widely-promoted rock fest. “To do this,” Adler says, “we had to represent every genre: the music of today, of yesterday, and of the future.”

The festival saw the national debut of Janis Joplin, breakthrough performances by The Who and Jimi Hendrix (all three of whom, Michelle Phillips reminds me, “nobody had ever heard of” in the USA), the crossover triumph of Otis Redding, and the penultimate performance by The Mamas & The Papas. Add to that some legendary performances by Jefferson Airplane, Moby Grape, The Byrds, Buffalo Springfield, Ravi Shankar (that’s Norah Jones‘ dad to you younger folks) and many others. In fact 32 acts were spread across the three-day festival. “You have to give the Monterey audience credit,” says Adler. “They saw everything from Shankar to Hugh Masekela to The Mamas & The Papas to Paul Butterfield. And they sat!”

Michelle explains how quickly it came together. Promoter Alan Pariser “brought the idea to us in April [1967]. And by June 16-18, we had everybody onstage,” she gasps, “performing for free!” Adler recalls that “the cheapest ticket was $3.50 for the evening and $3 matinee.” Adjusted for inflation, even the most expensive ticket would only be about $40 in 2007 dollars. Not a bad deal to see the Monterey lineup. The event was innovative as what Michelle calls “the first of its kind,” the first rock benefit. Lou says a nonprofit event “seemed the right way to ‘give something back.'” All proceeds from the festival and ancillaries (recordings and marketing tie-ins) went to the Monterey International Pop Festival Foundation. And although Michelle admits that “at the time, nobody knew where all the money was going to go,” the Foundation was (and is) well-managed. Even today it supports initiatives including the San Francisco Free Clinic, the Debbie Allen Dance Studio in Harlem, local jazz institutes, and more. “Forty years later,” Michelle says, “this three-day festival is generating hundreds of thousands of dollars to support these wonderful programs that are in the spirit of the festival itself.”

Michelle Phillips mentions that they set a precedent of treating the performers right. “We made everybody feel like they were the headliner.” Lou Adler believes that modern festivals that “in spirit try to do what Monterey Pop did as far as making the artists — and audiences — comfortable are Coachella and Bonnaroo. I think that the people that run [those events] are good people with the right motives.” 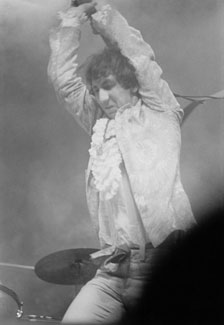 The Monterey festival was filmed by legendary documentarian DA Pennebaker. The film was originally conceived as an ABC-TV special. Lou recalls that “the head of the network at that time was a man by the name of Tom Moore — a southern gentleman with conservative views. So ‘calculated’ might be the wrong word, but in choosing what to show them [in an early screening to get approval] we showed them Jimi Hendrix.” Upon seeing the incendiary footage of Hendrix making love to his Stratocaster, setting it alight and smashing it onstage, Moore’s curt reply was, according to Adler, “not on my network!” In terms of both profitability (for the Foundation) and for Monterey’s ongoing legacy, things worked out for the best, and Monterey Pop remains a crowning achievement in musical cinema.

On the newly-released 2CD Monterey Pop set, Cass Elliot is heard suggesting that the festival become a yearly event. It was briefly considered, Adler says, but “it didn’t have the same feel.” And a followup concert might have lacked some desirable naïvete. “There was an honesty about it that no longer existed, so we chose not to do it.” Michelle Phillips is unequivocal: “It could never have happened again.” But the once-in-a-lifetime nature of Monterey Pop only served to make its reputation shine brighter. “And that’s better for us [performers],” she laughs.

Michelle observes that “John [Phillips] and Lou knew how to do something incredibly special with this little minute that they had.” She and Adler agree on Monterey’s lasting legacy. “It will always have to be the music,” Adler says. “Not politics, not the ‘summer of love,’ not the culture, not revolution…it’s always the music. That’s what’ll keep it going…probably forever.”