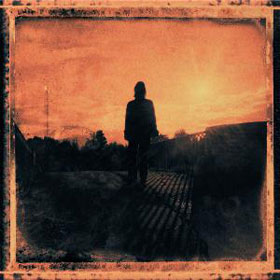 Leave it to Steven Wilson to create a solo album that manages to do several things at once, all successfully. This staggeringly busy man has spent his spare time(!) these last few years readying releases by his main band (Porcupine Tree) and his side-projects (a DVD from no-man, albums and videos from Blackfield, and overseeing the work of remastering classic releases from King Crimson, Caravan and Jethro Tull. Oh, and some tours, too. Amidst all of this activity, he’s put together a double-album of solo material called Grace for Drowning. And this set has it both ways: Grace for Drowning distills all of Wilson’s interests and influences, yet still sounds like no one else.

I can’t be certain that it’s Robert Fripp’s Mellotron we’re hearing throughout Grace for Drowning, but if it’s not, the sounds Wilson generates have that same sonic darkness. Halfway through “Sectarian,” a ‘Tron blast all but screams In the Wake of Poseidon. Yet the song is no Crim ripoff.

There are hints of all the acts with whom Wilson has been involved, but other than those Mellotron sounds, all are employed in subtle ways. (It’s tough to be subtle with a Mellotron.) Grace for Drowning serves up touchstones of prog’s past, yet remains a decidedly forward-looking album. Not unlike Neil Young and Todd Rundgren, Wilson never seems to stay in any one musical place very long. Though he sounds not at all like either of those artists, he is similar to them in his unending quest for new and interesting ways to deliver his musical ideas.

Fans of Porcupine Tree’s more melodic moments (circa Stupid Dream, for example) will find much to like. “Deform to Form a Star” is built around his plaintive voice and a piano played with the subtlety and finesse of Carole King. In fact there’s a lot of keyboard texture across the expansive Grace for Drowning.

“No Part of Me” combines the chunka-chunka rhythms of Porcupine Tree’s more metallic moments – Tool/Metallica territory – with squawking saxophone lines that have more in common with Mel Collins’ work with King Crimson. But then “Postcard” is as heartbreakingly sentimental – lyrically and arrangement-wise – as its title might suggest. In yet another departure, the track is laden with real strings; that’s an approach Wilson hasn’t used much in the last few years, not since Dave Gregory’s soaring orchestration on In Absentia.

With a run time of about 84 minutes, the two-disc set could almost have fit onto a single disc. But since there’s no filler, where to have cut? The brief “Raider Prelude” is a spooky, ominous instrumental piece that hints at the album’s longest piece, placed near the end of the second disc. “Remainder the Black Dog” uses an unusual time-signature piano figure as its basis, allowing the other instruments (and Wilson’s treated voice) to wind their way around it. It’s as successful in this approach as Led Zeppelin’s “No Quarter,” a song with which is has much in common. Hints of Richard Wright’s electric piano work on Pink Floyd’s Animals find their way into the song. But once Wilson cranks out some soaring solo lines on his PRS, there’s no mistaking the song for anything bt Steven Wilson. The free-jazz sax honking (shades of Crim again) takes the song places that Porcupine Tree wouldn’t ever go (at least not to date), but as listeners learned on Wilson’s first official solo album Insurgentes, anything is fair game on a Wilson album.

Lovely acoustic picking kicks off the second disc’s opener, “Belle de Jour.” That track’s lilting melody gives way to the much darker “Index.” A spare, dry and intimate arrangement makes the track feel as if it’s closing in on the listener, with its impenetrable sense of dread.

The misleadingly titled “Track One (actually disc two, track three) throws in all manner of sonic ingredients. A music-box sounding keyboard part, doomy synthesizers, thundering drums and a malevolent string arrangement swirl into a purposely ill-defined roar. That all recedes away, leaving behind a quiet coda featuring a guitar duet.

It’s difficult not to think of “Raider II” as the centerpiece of Grace for Drowning.” At 23-minutes plus, there’s plenty of sonic space to build the song from nothing, and that’s the approach Wilson takes here. The first few minutes are quiet, spare and vaguely sinister. At roughly the three-minute mark, the song explodes into something that would fit nicely on The Incident. The bass line is extremely evocative of John Wetton’s work on King Crimson’s landmark Red. A bit of Cookie Monster vocalizing is judiciously used, and some assertively fluttering flute lines made a surprising entrance. The track continues to unfold and wind through other styles, including a series of blindingly fast guitar solos. Lots of choirs — real or sampled — add to the track’s texture, especially as they’re applied as contrast with the solos. A long jazz-influenced midsection highlights Wilson’s seemingly newfound fascination with brass and woodwind instrumentation (this, likely thanks to his hours spent working on the King Crimson remasters). At its core, “Raider II” is an exploration of all of Wilson’s previous styles, blended with elements of free jazz. The guitar runs near the song’s end sound very much like the style Robert Fripp played on early King Crimson records, a style Fripp abandoned in the early 70s; if it’s him – and it doesn’t sound like Wilson – it’s a notable event.

The second disc wraps up with “Like Dust I Have Cleared from My Eye” (also the subtitle of the second disc). The midtempo song features the trademark melodicism and hooks that form a significant part of Wilson’s appeal, and the track has a credits-roll sort of vibe, making it a perfect closer for the album.

For listeners who appreciate Steven Wilson’s other efforts and are willing to follow him down some previously unexplored paths, Grace for Drowning is a uniquely rewarding experience.