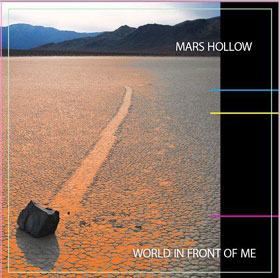 Mars Hollow – World in Front of Me (www.marshollow.com) – I reviewed this group’s first album not long ago, and this newest one offers more of the same. I mean that in a good way. The sonic similarities to Rush have been dialed back a bit, and Mars Hollow’s own singular style is showcased more here (John Baker still sounds like Geddy Lee when he sings, though.) Melodic progressive rock with the emphases on the melodic and the rock. Lyrics are pretty emotive and expressive for the genre, too. I mean that in a good way as well. Recommended. 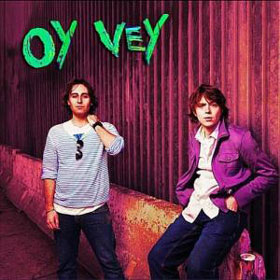 Oy Vey – Botanical Curiosity (www.oyveyband.com) – This is a duo, but the warm and inviting production aesthetic suggests a full band. Yes, there are plenty of sequences and synthetic instrumentation, but an organic songwriting approach with a strong sense of dynamics and melody makes this a winner. The songs hook the listener quickly and then the go someplace. That’s a quality which is often in short supply; but not here. Vague echoes of early (powerpop era) Enuff Z’nuff. 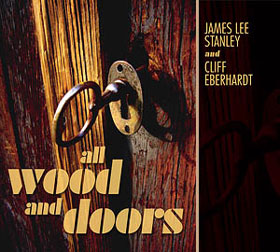 James Lee Stanley and Cliff Eberhardt – All Wood and Doors (www.allwoodanddoors.com) – This one scores serious points right off the bat for its unique concept: acoustic renderings of songs by The Doors. Extra points given for enlisting the enthusiastic aid of players including Paul Barrere (Little Feat), Laurence Juber (Wings), Timothy B. Schmidt (Eagles) and Peter Tork. Plus two guys called Densmore and Krieger. But once you get past that, the project is ultimately more impressive in its scope than its delivery. The reworkings are fine for what they are, but succeed mainly in stripping the songs of the power they once had. 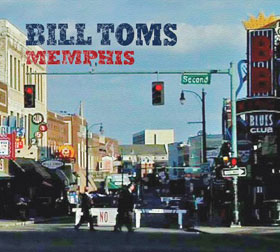 Bill Toms – Memphis (www.billtoms.com) – I hear strong influences of Memphis (naturally) and New Orleans on these tracks. A bit like John Hiatt, Toms has a growling, gravelly voice and a loose, shuffling vibe to his arrangements. The feeling that the players were having fun cutting these tracks comes through loud and clear. Will Kimbrough‘s sympathetic production is surely responsible for much of that. The music occupies the sweet spot between rock, soul and that catch-all term Americana.