It Would Seem That The Times Are in Fact Changing 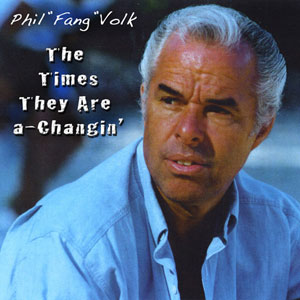 If you’re a regular – or even an occasional – reader of this blog, well thank you. And if you are — and/or if you follow me on Twitter or keep up with me on Facebook – then  you probably know that a major project of mine these last few months behind the scenes has been a feature on Brotherhood, the band formed in 1967 by three ex-members of Paul Revere and the Raiders. That feature will be in print this summer in Ugly Things magazine.

Though they enjoyed very limited success, Brotherhood was in many ways a more ambitious band than the Raiders, both in their lyrical subject matter and in their musical approach. Their first album was a stylistic grab-bag that included some Sgt. Pepper influenced baroque-style pop. Their second was an off-the-wall experiment that calls to mind Frank Zappa at his freakiest. Their third is a highly charged, stripped-down power trio record.

My friend Phil Volk – “Fang” to his Raiders-era fans – has remained busy ever since Brotherhood, fronting several bands including The Great Crowd, Friendship Train, and (lately) Fang & the Gang. As it happens, Phil’s latest project is a cover of a Bob Dylan song (Dylan turns seventy today, by the way). That track – a rocking rendition of “The Times They Are A-Changing’” owes a lot stylistically to the Brotherhood sound. Not surprising, since along with Drake Levin, Phil was the prime mover of that band.

In one of those odd coincidences that life sometimes hands us, the new track — recorded over the last few months – was released the same day that Osama Bin Laden was killed in his Pakistan compound. On the disc’s liner notes, Phil describes the track as “a song for a world in turmoil.” The timeless message of the song is also very much in keeping with the Brotherhood spirit. Check it out; available at the usual outlets: iTunes, CDBaby and Amazon.