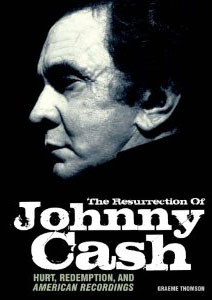 Historical revisionism is a tricky business. And it’s a daunting endeavor: the writer faces an uphill battle, attempting to convince his or her audience that what they’ve come to accept as the truth is in fact inaccurate. But thank goodness for those who take virtual sword in hand to do battle with prevailing wisdom.

As is often the case, of late I’ve been reading two books in tandem. One is Clinton Heylin’s Despite the System: Orson Welles Versus the Hollywood Studios. Heylin – using an unusually prickly tone – asserts that Welles did not suffer, as his detractors suggest, from “completion anxiety” but that instead he was a victim of uncaring, uncreative studio heads, vendettas and his own mistakes. Heylin argues quite forcefully in favor of Welles’ genius, and backs it all up with painstaking research. One might quibble with his approach; he takes pot-shots at virtually every other writer ever to take pen to paper about the famed director. But Heylin makes his case in such a way that it’s nearly pointless to argue otherwise. I, for one, am convinced.

The second book I’m reading — just finished, in fact – is Graeme Thomson’s The Resurrection of Johnny Cash: Hurt, Redemption and American Recordings. In its pages, the author takes aim at a couple of ideas. The main idea he sets out to debunk, however, is the one that insists Johnny Cash’s series of albums with producer Rick Rubin is in fact some sort of major left-turn in the musical approach of the Man in Black. Thomson draws a line — in a fashion similar to that of Heylin, though without the barbed language – between Cash’s best work (including his Sun sides and the legendary Live at Folsom Prison LP) and the American Recordings projects.

Thomson is no Cash sycophant, no unquestioning fan-boy. He’s quite willing, in fact, to call bullshit on Cash’s mawkish tendencies, his (occasionally Wellesian) bad choices, his erratic connection to his muse. But Thomson also concentrates (to a surprising degree) on Cash’s duality, the good-vs.-evil struggles that marked his life. The contrasts in Cash’s world, public and private, are explored, and commented upon with rare understanding.

Thomson is effective and compelling, whether his subject is Cash’s ongoing struggles with drug addiction and his association with Billy Graham and his ilk (some might say those are two similar sorts of addiction) or the fact that even when the raw, stripped-down American Recordings redeemed him in the eyes of critics (if not the marketplace), Cash was still doing cornpone revues with his wife and coterie of musical hangers-on.

The other argument Thomson makes is a bit less revolutionary, only because once you consider it, it seems so obvious that you wonder how you ever thought otherwise. The author makes a compelling case that the late Johnny Cash is not — and never was — a country artist. He was a folk musician. Chew on that idea, and you’ll likely decide that it works. It really does.

One need not be a fan of Johnny Cash’s work to appreciate The Resurrection of Johnny Cash. This is a book that deftly balances musical and cultural criticism with music industry analysis, biographical history with a look inside the heart and soul of an American icon.