Porcupine Tree recently reissued the rare outtakes disc Recordings. I spoke with group leader Steven Wilson about that album and other currently-unavailable material from the band. We also discussed his thoughts on working with other artists, something he does a lot of. — bk

Bill Kopp: Over the last several years you’ve managed to make nearly all of the back catalog available in one for or another, generally upgraded and enhanced in some way. Until its recent reissue, one glaring gap was the Recordings compilation — used copies of which went for hundreds of dollars. And some of your very earliest material like Yellow Hedgerow Dreamscape remains unavailable. Do you plan to make additional rarities available at any point? 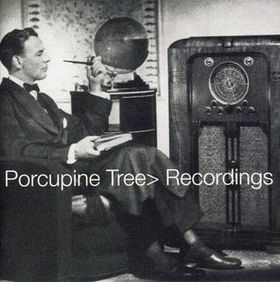 Steven Wilson: Recordings is one of my favorite of my albums, actually. It was originally put together out of necessity, because we had to finance a tour. And we put that together from some tracks that were left over. Now, the funny thing is, certainly at that time in the band’s career, the tracks that went on the [Stupid Dream] album were not necessarily my favorite tracks. Because I think the band were trying at that time to at least put two or three songs on each album that could maybe get some radio play. You know the old story; every band does that. And some fantastic tracks got left off, and some mediocre tracks got put on the albums. So Recordings was an opportunity to put some of the tracks that I felt were among the best I had written – or the band had written — at that time. And consequently it has become one of our most popular records. It’s certainly one of my favorites.

Why was it out of print for so long? Because it was only intended to be a limited edition. But the band had become a lot more popular since then, and we realized we had to reissue it at some point. And it’s literally just been waiting for a gap in the release schedule! There’s just been [laughs] so much product coming out of the band the last few years. DVDs, new studio albums, live records. And Recordings kept getting shunted to the back of the pile. Finally, I’m happy to say that we found a slot for it. I’m very proud of that album.

As for the early stuff, the opposite is true: I don’t think it’s very good. You know, there’s always a dilemma with a musician. Sometimes they don’t think that certain parts of their back catalogue are very good. And most tracks on Yellow Hedgerow Dreamscape were things from really early cassettes I was doing in the late 1980s and really early 90s. I don’t think they’re that good, but I understand that there’s always a demand for that form the hardcore fan. What I don’t want to do, is I don’t want to clog up the record store racks – inasmuch as there still are record stores [chuckles] – with what I call our peripheral, fan-only releases. 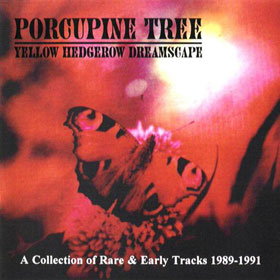 BK: Right. You want them to be able to find The Incident or Fear of a Blank Planet without having to wade through ten copies of Metanoia.

SW: Exactly. As far as I’m concerned, there’s already some stuff out there which I would consider to be very peripheral, which I would rather was not out. Metanoia is one, and there’s a live album from Poland that we put out on our own label that got reissued. It kind of upsets me in a way when I wander into a record store and I find Metanoia and this album called Warszawa. I thin that a casual fan – one who’s just heard “Blackest Eyes” or “Trains” – might pick one of those up at random, saying, “Oh, I’ll just check this out.” And they’ll wander out with totally the wrong idea of what we’re like. So it annoys me when I see those, particularly [laughs] when those are the only ones there!

BK: You wouldn’t want someone’s first exposure to the band to be Voyage 34, which I love…

SW: I wouldn’t consider it to be among the top ten Porcupine Tree records. But I do recognize there’s a demand. Yellow Hedgerow Dreamscape, I guess at some point I will have to think about how to make it available again. Maybe as a download, maybe as a special mail-order-only release. But let’s just say there’s no plans for it right now.