Home  »  interview   »   Richie Havens: On a Quest to Meet Everyone in the World

Richie Havens: On a Quest to Meet Everyone in the World

Today is Richie Havens’ 70th birthday. In his honor I present my December 2008 interview with the man who may quite possibly be the nicest interview subject I’ve ever encountered. — bk 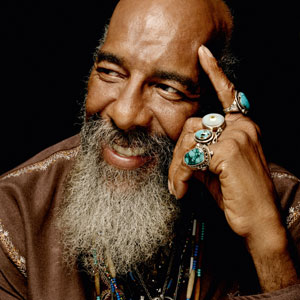 “Change” is the big buzzword this year. Singer/guitarist Richie Havens released his first major-label LP, Mixed Bag, in 1967. Now, more than forty years and two dozen albums later, he’s released his latest, Nobody Left to Crown. So how has he seen his own music develop? “I don’t see very many changes, really, because I’m sort of chronicling my life as I go,” he tells me. “So to me it’s more about keeping up with the changes that I see around me, the changes affecting everybody else as well.”

Though a fine songwriter, Havens is most well-known for his innovative reinterpretations of the work of others. His performance at Woodstock immortalized his version of the folk chestnut “Motherless Child” (most people now know his version as “Freedom”), and he enjoyed a chart hit with a soulful cover of The Beatles‘ “Here Comes the Sun,” rendered in his inimitable style. Havens observes that every time a good song is covered by another artist, “the door [to that song’s meanings] is opened a little wider, so that each listener has the opportunity to get something from it.” He recalls that when he started out, the attitude among musicians was, “If it’s a good song — one that speaks to people — then everybody wants to play it.” 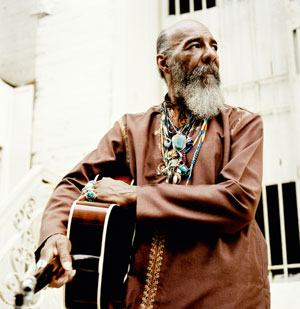 Starting around 1961, Richie Havens woodshedded in NYC’s Greenwich Village for seven years, playing his acoustic guitar in that district’s coffeehouses. Then when things took off, he would average five or six road gigs a week, keeping that pace for the next seven or eight years. Today Havens says that he still plays at least “Every weekend, all year round — Friday through Sunday,” performing annually in the US and abroad. Even though Asheville is a relatively small market, Havens keeps the city on his tour itinerary. “I go where people ask me to go. In fact, I still play twelve or thirteen places — small, coffee house-sized places — scattered around the country, places that I played back when I started out.”

He reflects on some of the musicians he came up with, artists whom he counts as influences. “Fred Neil, the guy who wrote ‘Everybody’s Talkin”, a hit for Harry Nilsson. Dino Valenti, the composer of ‘Get Together.’ Phil Ochs.” One common thread among these names — beside the sad fact that all are deceased — is their cross-genre quality. They each worked in the nominal folk genre, but their work consistently transcended that label. The same is true for Richie Havens. “I have never had a problem with ‘genres,'” he says. 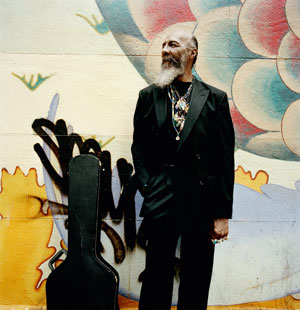 Havens recounts a story from early in his career: “Here I am, setting out on the road for the first time, and I walk up to this placed I’m booked to play: Joey’s Jazz Joint, or something like that.” He chuckles at the memory. “I said to myself, ‘I don’t sing jazz! Holy smokes! They’re gonna kick me out of this place.’ So I get up to the window, and there’s a small handbill: ‘Richie Havens — folk/jazz singer.’ So I go, ‘What? Is that what I do?’ Then, the next day, another place — might as well have said ‘Johnny’s Blues Club.’ Again, up on the window: ‘Richie Havens — folk/blues singer.'” Recounting the story — probably told countless times before — still brings forth genuine, uproarious laughter from the 67-year old. 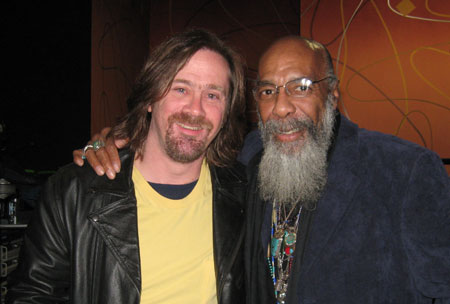 Havens points out that in the course of his close to five-decade career, he’s “been able to play every genre’s festival, and not have to change one song, one arrangement. Anywhere people are — I don’t care if it’s only twenty people — I’ll play.” What keeps him going? He shares a conversation he had with his mother back in Brooklyn many years ago. She asked him, “What do you want to be when you grow up?” Even today he agrees with the answer he gave as a seven-year-old: “I want to meet everybody in the whole world!”