Day of the Remains, Part Three

One of the most infamous moments of the Beatles ’66 tour was the “cherry bomb incident” during the show in Memphis, Tennessee. Part way through the George Harrison song “If I Needed Someone,” a concertgoer lit and threw a firecracker. It can clearly be heard on an (unreleased) audience recording of the show. Even though it’s quite loud, the Beatles keep right on playing, never missing a beat. “They very much did hear it,” Remains leader Barry Tashian asserts. “They looked all around, and they looked at John because they figured he was gonna be the one” to be targeted. 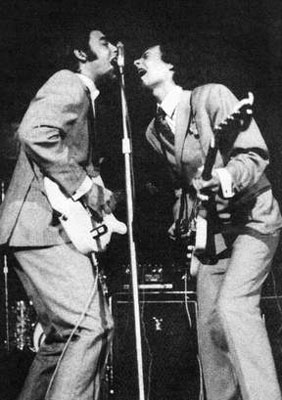 Tashian continues with memories of Memphis. “They were being extra careful at that concert, and we had been told to get ready to go as soon as we were finished playing. So we did. We packed up and got on the bus. We parked right outside the back door; our bus was sitting there with the engine running. When the Beatles were done, I remember that they ran directly out the [venue’s] door and hopped on the bus. They were still soaking wet with sweat, and they had towels. The bus took right off and went to the Air Force base where the charter plane was waiting.”

Asked which show from the tour was the most memorable, Tashian pauses. “What I recall most was my experience with the Beatles. That’s what my memory is the most ‘green’ about. I really don’t remember many specifics about any one show. I do remember the indoor shows were the favorites because we were much closer to the audience. We could look at the girls, and smile, and wave and stuff.” But concerning the tour as a whole, Tashian quotes something band mate Bill Briggs said right after the tour ended: “It wasn’t really a musical event. It was a theatrical production of a musical event!”

Though a number of bootleg recordings document the Beatles’ shows from that tour, there are no recordings of the Remains. Well, except one, a recently-surfaced recording from Toronto’s Maple Leaf Gardens. While the sound is predictably rough (Tashian: “the sound quality is not what you would call real pleasant”), listeners are treated to a complete version of “I’m a Man” plus snippets of a few other songs, including “Why Do I Cry.” Though it’s a mere few seconds, the group’s onstage power – often written about but officially undocumented – is undeniable.

Bootleg recordings aren’t the only bits of history to turn up years after the fact. “Last year I got a 1966 photograph of The Remains with George Harrison and (Beatles roadie) Neil Aspinall standing on a tarmac, outside of the plane.” The photo was sent to Remains band mate Bill Briggs by a friend in Poland. 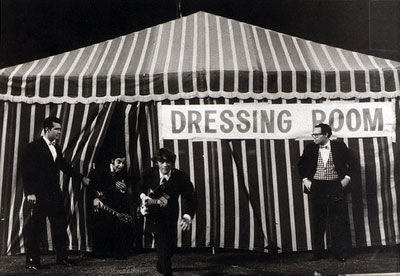 Looking back at the tour, Tashian observes that “I actually came away from the tour wanting to calm my on-stage persona. I felt that I would be more ‘respectable’ if I stood still while singing. Having said that,” Tashian smiles modestly, “I do know that on more than one occasion, John Lennon commented that he would like to have had the energy that The Remains had on stage.”

Feeling that they had taken things as far as they could commercially, and that further success would not be forthcoming, Tashian folded the Remains shortly after the tour. Their self-titled Epic LP belatedly hit store shelves not long after, too late to capitalize on buzz from the Beatles tour, and too late for the group.

Vernon Joynson’s Fuzz, Acid and Flowers, the indispensable guide (long available in html format)  to U.S. psychedelic and garage music contains two listings relating to Tashian. The primary one – the listing for the Remains – contains concise and accurate details of the band’s limited discography. Their only 1960s album release was the 1967 self-titled Epic LP. The previously-mentioned New York session album saw release some twenty years after its recording.

That listing references another band: “Barry was also connected with Chirco who released one rather rare LP The Visitation on Crested Butte.” The link to the Chirco listing notes that Tashian “helped the band record” their lone album.

“No,” says Tashian, he did no such thing. “But I know the group, and can tell you about them. The group was named after the drummer, Tony Chirco, who was a very fine studio and jazz drummer in Fairfield County, Connecticut.” 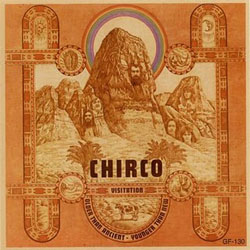 “Bobby Lindsay,” Tashian says, “could sing anything really high. And he had a great voice. I used to go to a function hall in Norwalk, Connecticut on Wednesday nights and watch that big band rehearse, and I just dug it. You know, all of the saxes and trombones and trumpets.” This was in the period just after the Remains broke up, a time during which Tashian says he was doing “not much. Pretty much just hangin’ out. I was staying at my mother’s house. But I used to like going to watch these guys rehearse. Tony Chirco, the dru 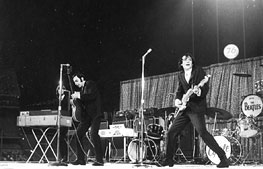 mmer, was great. Duke Ellington stuff. Count Basie, whatever. I got to know Tony, and this group was recording, and was looking for material. I had this song called “Mr. Sunshine” and I gave it to him. And the next thing I know he sends me a copy of the album which they recorded in Colorado.”