Bill Kopp: The lead guitar on the title track has a very Robert Fripp feel to it. Is that the digital guitar and e-bow?

Richard Barone: All the guitars on that track are the Gibson digital guitar, except for the dual solo that’s played by myself and Steve Addabbo. I’m playing e-bow guitar, and he’s playing old jangly Gibson ES-335.

Bill Kopp: Yes. In the liner notes you even listed the year [1966] of the guitar! [laughs] 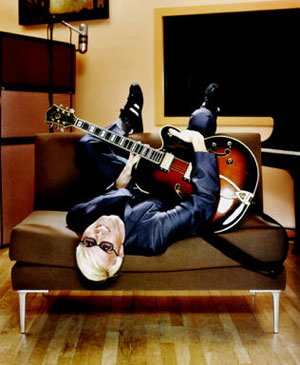 Richard Barone: I work with Gibson, for one thing. And there are such differences in the different years. So on that one, we said, “Let’s put that particular year guitar with that particular sound.” But the thing about the digital guitar is, because the sound is so clear and clean, it makes the e-bow sound more “e-bow-y” than ever! [laughs]

Bill Kopp: I don’t know much about the digital guitar. Can you give me a thumbnail description of how it’s different?

Richard Barone: Sure. It’s very simple. As I said, I’ve been working with Gibson for quite some time, constructing parts. They send me parts to test and so forth. One of the guitars that they were working on was a prototype of a digital guitar. They’d been working on it for ten years; it’s a major, major development.

It’s quite expensive, and there are not too many of them. The guitar has a high-definition pickup. But the most important thing to me about it is that the signal is so pure. It’s not that it does anything weird; it doesn’t try to recreate other guitar sounds or anything like that. It’s not a modeling guitar. It has a pure digital output that comes out via an Ethernet cable. And there are six separate outputs: one for each string. And you don’t hear the other strings on each channel; there’s no “bleed.”

So on a song like “Glow” we can pan each string sound anywhere in the stereo image. We went to [George Lucas‘] Skywalker Ranch to mix that. They have this big console, and 88-input Neve. Each guitar took six tracks. That’s a lot guitars…a lot of strings, I should say.

Bill Kopp: Oh my god. I’m gonna have to play the album again, but with headphones…

Richard Barone: It’s really nice with headphones. When I performed at Carnegie Hall last year, we used the SurroundSound system, so each string went through its own speaker in the hall.

So that’s why I use the digital. I love it. It’s also a beautiful Les Paul; Gibson uses the Les Paul Custom as the template for it. It’s a classic-looking instrument. And it also has normal humbucker pickups. So it plugs in as a regular Les Paul or a digital. I use both.

It’s a really special instrument. In the CD package — including the back photo from the Carnegie Hall show — you can see a Les Paul in every photo. And the blue one, that’s it.

Bill Kopp: You collaborate on “Silence is Our Song” with Paul Williams. How did you connect with him?

Richard Barone: I was performing in a tribute to him. Because, you know, he did so many amazing songs. And one of them was a song that I had been doing at my shows, a song called “Fill Your Heart.” It was on David Bowie‘s Hunky Dory album, and also on Tiny Tim‘s first album. I knew both of those, in different arrangements. 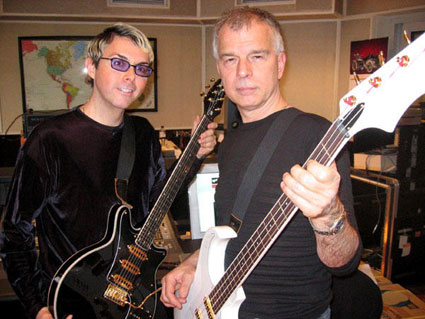 So I was asked to perform at the Paul Williams tribute a few years ago. And he was there. I did the song in my arrangement, which was a combination of Bowie’s and Tiny Tim’s and my own. He really liked it, and after the show he came over to me and told me that I really should record that song.I said, “Yeah, I really would like that.” But then he said, “But why don’t we write something new for you, too?” And I said, “That would be fantastic.” So he invited me to co-write with him in Los Angeles, and it was very spontaneous. In fact it [happened] the first night that we had talked and met.

It was a great experience, because he’s a very detailed songwriter. Writing with him was a really good lesson in songwriting: the structure of the song, the kinds of words to use. It was an unforgettable experience. We’ve since become friends, and hope to write some more together.

Bill Kopp: I mean this in a respectful way, but I had sort of wondered what ever happened to him. When I was a kid, he seemed to be everywhere. Lots and lots of creative energy.

Richard Barone: He’s active in so many ways. He’s active in humanitarian causes. And also, he was the president of ASCAP. He’s very big in the music industry. He also works a lot with people struggling with drug addictions; he’s set up a foundation to help with that.

He constantly writes, but a lot of his songs show up more in the Nashville scene. And that’s sort of another world; it’s not the mainstream pop world. He’s very flexible in all styles. And he’s another great mentor for me. 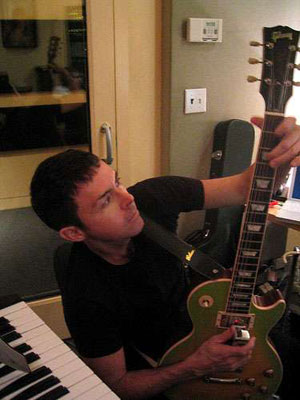 Bill Kopp: Listening to “Silence is Our Song” I immediately thought that it had a vibe similar to early Bowie, circa Space Oddity and The Man Who Sold the World. Maybe it’s the forceful attack on the acoustic guitar.

Richard Barone: Yeah! That’s probably right; I think you’re very perceptive. That music was a big influence on me. In fact I was just talking to someone last night (in an interview) about how I don’t really approach the acoustic guitar in a gentle folk way. I do attack it the way that Bowie did on that record.

Bill Kopp: I like the guitar crosstalk on “Candied Babes.” And all that guitar is you, right?

Richard Barone: Right. On the other songs, though, Tony and I would sit and play guitar. Like on “Gravity’s Pull,” for instance, that’s a real combination: that’s both of us. You can tell: you can tell the different styles. Tony has a much smoother style of rhythm playing that I do. I’m chunky, and definitely from the pop-punk sound of the Bongos, really. And together our guitars styles make a bed for the song.

And on a song like “Sanctified,” that’s both of us playing acoustics. Believe it or not, because they sound so heavy. There’s a certain sound you get when you play guitars together at the same time, as opposed to overdubbing. So whenever it was possible to get that sound, we both played together.

Bill Kopp: There’s something organic that happens in that situation, something that overdubbing can’t capture… 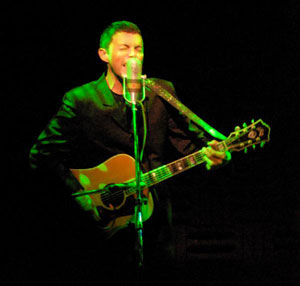 Richard Barone: And each song was a challenge that Tony would give me. On “Candied Babes” Tony just gave me the drum track. He constructed this drum track for me, and if you listen to it it’s quite intricate. He had the idea for the rhythm, and he assembled it in that structure. And then he said, “Here. Write a song on top of this!”

And it ended up as a song about the 80s club scene that I was in. That’s why I put the audience sounds in at the beginning and end. In fact the beginning of the song has a little snippet from the Bongos’ Drums Along the Hudson.

Bill Kopp: So how did you end up working with Tony Visconti? We’ve talked about it already, but how did it all originally come about?

Richard Barone: It’s a long story, really. I started communicating with him when the Bongos were signed to RCA. I’m not sure…I think we called him, or he called us at that point. He was in London at the time. [pauses] I think he called us, because he had heard the T. Rex Electric Warrior song “Mambo Sun” that we had covered. We actually had a Billboard dance hit with that song. Tony had produced the original version, and liked our arrangement.

When we were getting signed to RCA, we wanted him to produce the album. Well, RCA wanted us to stay in New York. We were just kids; I was barely eighteen when we signed. So I don’t think RCA wanted us to go to England where they couldn’t keep a eye on us!

RCA said, “You have to do it in New York; can he come here?” And he could not. So that didn’t work out schedule-wise. And location-wise. So we worked with Richard Gottehrer, and he was a great producer for us. And another great teacher.

But we did stay in touch with Tony. And when he moved back to New York in the 90s, I contacted him: “Let’s do something.” And I had to do a lot of different projects, a lot of different musicians. At the time I was working with a guitarist named Gary Lucas — liner notes readers will know his name from the Captain Beefheart band — and I thought it would be interesting to do a sort of progressive, prog-rock album with Tony. So [although that didn’t happen] somehow that started our process of talking about writing and doing some stuff together. It evolved out of that; it was a very natural process.

We started writing songs together; none of those songs made it to this album, but the process eventually turned into this album. It was a long process, because both of us take on so much — and so many different kinds of — projects.

I produce a lot of artists, but for my own music, I like to have a producer.

Bill Kopp: It allows you to concentrate on different things…

Richard Barone: Exactly. You know, Tony started out in the 60s as a songwriter. He would record his demos, and his recordings were so good that the labels said, “Why don’t you get involved on the production side of it?” And that’s how he, at age nineteen, became a well-known producer.

Tony has been a part of my life for so long that I sometimes forget how long we’ve known each other…oh, another thing: we both performed at a T. Rex tribute concert. He asked me to sing on a song, and I asked him to play bass on a song. So we’ve collaborated in many different ways. And it all comes together now, on this record. 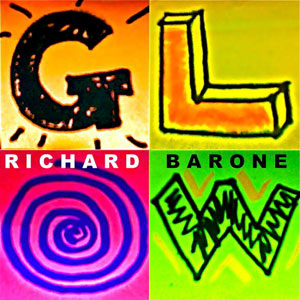 Postscript: At this point — though sadly I didn’t know it at the time — the batteries on my recorder ran out. So I lost the last few moments of our conversation. During the lost part, Richard and I spoke about his teenage adventure of meeting (and producing an album by) Tiny Tim. A review of that project is here.