Progressive rock band The Pineapple Thief recently released their latest album, Someone Here is Missing. In my wide-ranging conversation with TPT leader and songwriter Bruce Soord, we discussed the concept of album-based music, the new record’s distinctive artwork, and the inescapable comparisons between The Pineapple Thief and a couple of other well-known bands.  Here’s part one of our conversation.

Bill Kopp: The Pineapple Thief seems to fit in well with the growing consensus among some artists and fans that the album is an art form, or at the very least a viable medium, that should be preserved. In the face of download culture, you put together albums that are, if not thematically or conceptually linked, then sonically linked. When you’re writing music, do you think in grand terms of crafting an album? Or do you just write songs that reflect you current concerns and then pick and choose the ones that seem to hang together? 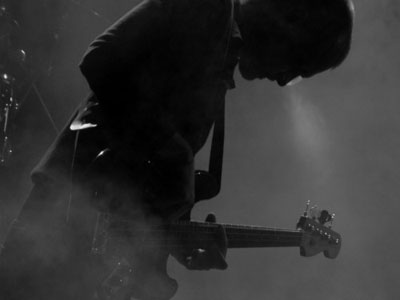 Bruce Soord: Good question. Ever since I got into music, it was always album-based. I was never thinking, “Let’s listen to this snippet here, that one there.” Apart from when the mates made me mixtapes, maybe. So when I’m writing, I definitely think about the album. And I’ve always got a definite idea in my mind what the order’s going to be. I generally try to picture myself at the end when I’m listening through to the album. You can’t just have twelve tracks that are all sonically similar, even if they’re all shit-hot songs. So I’m always thinking, “To make the album work, it’s got to go in this direction.” And sonically it’s got to have this feel, and you’ve got to move away from that and go into this direction. So I’m always thinking of the album as a whole. I’m from a generation that was really before the i-generation, as it were.

Bill Kopp: Both 3000 Days and Someone Here is Missing are released in these extra-nice “super jewel boxes.” Is that a standard K-scope thing or is it something you lobbied for? 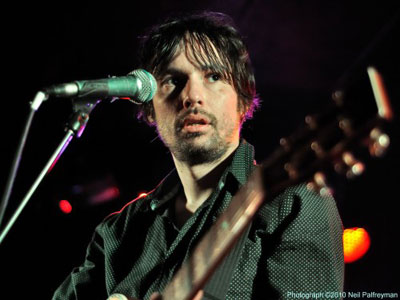 Bruce Soord: The best thing that ever happened to me, and to The Pineapple Thief – was when we signed up to K-scope. Before that, we were on a tiny label called Cyclops. Now, at the time, that was brilliant, and I thanked my lucky stars that we could have albums pressed and distributed. But the guy that ran it had no money. So we just had the basic jewel case with a six-page wafer-thin booklet. And I had to come up with all the artwork and deliver the entire packet.

But with K-scope, I think what they’re doing is trying to fight against the sort of disposable “let’s download an MP3 and maybe pay for it” [mentality]. I want something I can hold in my hand. I want to have an album. I remember growing up with vinyl, and with gatefold sleeves and massive booklets to flip through while you’d sit down and listen to the album all the way through. And that’s how K-scope shifts their units: they make it something that you want to hold.

Bill Kopp: There was a time – certainly during the seventies — when you bought something, you got something. In those days, in the USA, we only paid four or five dollars for an LP. But they were often in a gatefold sleeve, and there were pictures, and you could actually read the type. It was a total experience. And that’s been lost. So to me it’s encouraging that there are artists trying to hold onto that. And not coincidentally, they’re the ones who often take the most thoughtful approach to the music as well. 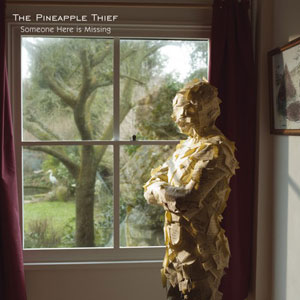 Bruce Soord: I hope so. What I’ve noticed is that you may be viewed as a great success if you’re top of the download charts with one of your singles, but ultimately it’s a really fickle audience. The ones who buy the albums and stay with you – like our fan base, which is quite small — they hang around. They come to the gigs, they buy the t-shirts and the albums. And I think it’s because they appreciate that the albums are more substantial.

Bill Kopp: It’s the difference between LPs and 45s for people, really. If you bought a 45, you didn’t necessarily care anything about the band; you just liked the hook in one song, so you bought it. And there was generally a throwaway on the b-side. So for you, do you look back upon a certain past era of rock music as a sort of Golden Age?

Bruce Soord: When me and my mates were growing up back at school, it was in the New Romantic era and into sort of the grunge era. So we “rewound” and went back to listening to music from the 70s. Pink Floyd, Led Zeppelin, all that stuff. And all the amazing artwork and packaging came with it. That was always the golden age; I would have loved to have grown up and been able to go to gigs in those days.

Bill Kopp: The minute I saw the album artwork, I said out loud: Storm Thorgeson. There’s something ineffable about his work that just establishes it as his. Not quite like Roger Dean, because with him you think of Yes. With Storm, it’s more about a certain feel. His work brings on what I might call a “welcome unease.” I think in some ways, it might serve as a sort of coded shorthand to potential fans: “Look everybody, Storm did this cover.” That tells you this is worth hearing if you like, well, anything else he’s been involved with. Do you think prog fans – or rock fans in general — think that way?

Bruce Soord: I think so; I certainly do. I remember my memories of flicking through secondhand record shops. If you came across a cover that was really, really carefully constructed – like all of Storm’s, and all of the Hipgnosis work – you’d think, “Well, if they’ve gone to all that effort, then surely there’s thought behind the music as well. Even if I don’t like it, give it a bash. I’ll buy it.”

And the other thing about Storm, he generally works on projects only if he likes the music. Because he has to be inspired by what he hears before he comes up with the ideas. If you look at the work of Hipgnosis, the albums they’ve worked on, there’s definitely a theme. And it was definitely a good move for us. I’m really glad to have had Storm work on the album art.

Bill Kopp: So how did you end up working with him?

Bruce Soord: Through Scott, K-scope’s main design guy. Storm was doing an exhibition of his work at a London gallery. And Scott went down and had a cat with him, asking “Do you ever work with smaller acts?” Because he was pretty much only working on Muse, Biffy Clyro and Pink Floyd stuff. Do you know Biffy Clyro out in the States? They’re a big rock band here.

Bruce Soord: That’s so funny…they’re huge here. They’re just turning into a stadium act. They’re pop-rock, a little bit of Rush influence…good band. But anyway, they’re a major signing to Warner Brothers, and that’s the project that Storm had been working on. Check out their covers, and you’ll recognize Storm’s work straightaway. 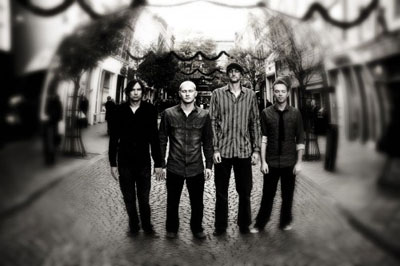 Bill Kopp: And I might dig the music, as we’ve said…

Bruce Soord: Right. Anyway, so Storm said to Scott, “Yes, if I like the music.” So that was it. They sent him the early demos, and Storm had me on a train up to his studio before I knew it. That was the beginning: I had a real good sense about the album if Storm was up for working on it.

Bill Kopp: So he was hooked by the demos, not early or rough mixes?

Bruce Soord: Yeah. The way that I record, I do most of the playing on the demos, so you can get a sense of how the song’s going to sound quite early on [in the process]. The way it works, [the other musicians] play really loud, and then brainstorm all their ideas, their sketches.

Bill Kopp: When you’re putting an album together – and you spoke about this just a second ago – are the demos fully developed?

Bruce Soord: I tend to put everything together. So when the band hears it, as far as the song goes, it’s a finished product. The only difference is that they might say, “I don’t like this bit; let’s change it.” I’m not entirely a dictator when it comes to the band. But that’s the way I’ve always worked.

But the band’s perfectly happy with this approach. They put their own stuff on it. John, the bass player, puts on his bass playing…and we get what we get at the end.