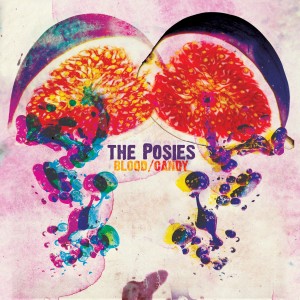 Perhaps it’s unfair to expect (or even demand) a known musical quantity from an artist, time and time again. You loved the first album, so understandably you may well want more of the same on the second. But what if the artist is the sort who grows, changes, evolves, mutates? The sound changes over time. For listeners who want a sure thing, that can be a recipe for disaster. For those listeners, we have (or had) — and regular readers know where I’m headed, so wait for it — Oasis.

Yes, Oasis’ first two albums — especially, from my standpoint, the second, 1995’s (What’s the Story) Morning Glory — were exemplars of a particular style, and time has not dulled the impact of that music a bit. But the half-dozen or so albums that would follow (at press time Oasis either has or has not broken up, but then you knew that) were partially successful attempts to recapture the vibe of those albums. Zero steps forward, one step back.

Some seven years before the debut of those immodest Mancunians, the Posies came on the scene. Their first release, 1988’s Failure, was initially available only in the Pacific Northwest (hard to imagine now, but this was pre-internet, kids). The album was crafted by the songwriting duo by Jon Auer and Ken Stringfellow, and critics who heard it likened the duo to the Hollies, but with a stronger rock undercurrent. At least one song on that disc (“I May Hate You Sometimes”) qualified for classic status, and the remainder was pretty fine as well.

Rather than standing still, the duo moved forward, expanding their sound in several logical directions. They added players to become a real group, and enlisted legendary knob-twiddler John Leckie to work the board for their major label debut Dear 23. Though Leckie’s credential might have led some to expect a paisley pop outing, Dear 23 was instead a lush album that rocked. There were some sonic connections to the paisley underground vibe (already left behind) but Dear 23 approached perfection.

The followup Frosting on the Beater moved in a harder rock direction, and the result was closer to what you might consider powerpop. That album — certainly influenced by fellow Northwesterners Nirvana, who were at their own commercial apex — still kept the sugary sweet harmonies and hooky melodies, but wedded them to a heavier rock delivery.

But while critics ate up these albums, the general public didn’t embrace them in great numbers. The group tried rocking even harder on Amazing Disgrace, and longtime fans were left a bit bewildered; sales flagged a bit, though the album was still a quality offering. Subsequently off the major label, the Posies essentially bookended their career where they started, releasing the self-referential Success (1998) on the same local label as their debut. And the album had a sound to match, though it was informed by the stlyistid excursions the group had made in the years between the two records.

With that, they threw in the towel. A live album and a career-spanning rarities set would follow, but no new Posies product would come for seven years. 2005 saw a low-key return in Every Kind of Light, and then…nothing for five more years.

So now in 2010 the Posies have returned with Blood/Candy. The news is met with a question: will they play stripped-down semi-acoustic songs? Will they go the deeply textured, baroque direction of Dear 23? Will they rock out like they did during the DGC Records era?

The answer is: Yes. But they also make some major stylistic detours, the sort of risk-taking that Oasis couldn’t even countenance. Sometimes these excursions work, sometimes not. But even when they don’t soar, the Posies get well-deserved points for trying.

The vocals on “Plastic Paperbacks” will sound familiar, but little else about the song will. The song features a guest appearance from the Stranglers‘ Hugh Cornwell, and while his return is welcome, the dark vibe of the song is a musical left turn, not at all what you’d expect from a Posies album opener.

“The Glitter Prize” is indeed a prize, and it marks a return to form, to the sort of sound Posies fans have come to love. Transcendent harmonies, earnest acoustic guitars, and an insistent beat add up to something approximating “Solar Sister Part Two.” Former Letters to Cleo vocalist Kay Hanley guests, but if I didn’t tell you, you might not notice.

Three tracks in, listeners paying attention would be forgiven for wondering if Blood/Candy is setting up to be a duets album. “Licenses to Hide” features a prominent guest spot from Lisa Lobsinger of Broken Social Scene. But the song’s remarkable features have more to do with its ambitious arrangement. Hints of everything from baroque-period Beatles to Jellyfish, the Shangri-Las and A Camp abound. The rousing chorus is worth the price of admission.

And with that ends the featured guest appearances. Four songs in, the Posies settle into an aesthetic style. “So Caroline” is propulsive pop, another successful marriage of the sweet/heavy recipe that is the Posies’ signature. “Take Care of Yourself” rocks too, but the instrumentation concentrates on chords, leaving the vocals to carry the melody. It’s a winning approach, and the stuttering drum figure that anchors the verses is an interesting departure.

“Cleopatra Street” unfolds slowly, conjuring a feel a bit like Small Faces. Tightly wound, the song threatens to explode. (Eventually it does.) “For the Ashes” is a piano- and organ-centric ballad that reaches back to 1967 for at least some of its inspiration. “Accidental Architecture” is breathy art-pop that may conjure thoughts of an off-kilter take on The Left Banke.

“She’s Coming Down Again!” feels like Jon and Ken fronting the Wrecking Crew at Western Recorders. (If you follow, you’ll know that’s my subtle way of telling you this is the track to hear on Blood/Candy.) The vaguely sinister “Notion 99” rocks hard, and is propelled by handclaps. “Holiday Hours” starts out with a campfire vibe, and instrumentation builds as the song progresses. The brief, oddly-named “Enewetak” (try saying it out loud) features analog-sounding synths, a sonic ingredient the Posies aren’t especially known for: a new attack, perhaps? The coda is not to be missed. “Enewetak” does restate all of the group’s strengths, summing up an album that is at once both among the Posies’ most stylistically varied and consistent albums.

Blood/Candy will be out September 28 on Rykodisc.