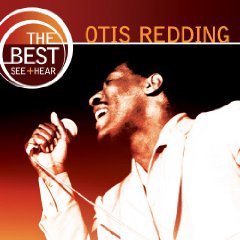 Shout! Factory’s newest retrospective is a CD+DVD package of Otis Redding material called The Best: See & Hear. The “hear” postion of the package is rather short, even by the standards of the good old LP format. Twelve tracks over about 30 minutes is a bit brief, but arguably if your goal is to just hit the high points, the most accessible points, then the length is about right. Eschewing any sort of chronological approach (Redding’s time in the spotlight was tragically brief in any event) the disc kicks right off with “(Sittin’ on) The Dock of the Bay”, a familiar track on many “best songs of all time” lists. That song’s back story and its lean production values alone would make it legendary, but the fact that it’s a timeless, fantastic number make it a perennially enjoyable listen. The remainder of the disc includes numbers more in line with Otis Redding’s usual approach. Incendiary soul numbers like “Try a Little Tenderness” start with a gospel-flavored smolder and build to an inferno; the listener is left a bit frustrated that (a) the song didn’t go on longer and (b) they weren’t witnessing the performance live. With regard to the former, that’s a mark of the best musical work: leave ’em wanting more. And for the latter concern, there’s — helpfully — a companion DVD.

Redding was an excellent interpreter of others’ work: his version of “Respect” is different enough from that of Aretha Franklin (and the Vagrants) to make it worthwhile on its own, and his cover of the Rolling Stones‘ “Satisfaction” is more proof (as if it were needed) that a great song transcends genres.

The other songs are great, too. Of course.

But there are countless Otis Redding compilations on the market. Why, then, should consumers consider this one? Well, for starters, it’s a good, concise overview, ideal for the listener new to Redding’s catalog. Two, it’s packaged with a cool DVD containing a pair of Redding stage performances from 1967. And the CD+DVD package is list-priced at a pretty reasonable US$20.

Here’s what’s a little odd: Shout! Factory — an imprint known for well-executed, thoughtful compilations and reissues (founded in 2002, they’re already they’re up there in the reissue pantheon with Rhino) — released said DVD as Respect Live 1967, a standalone product a mere sixty days before this package. The DVD is list-priced at $15. (The DVD is reviewed here and is highly recommended). So for an extra five bucks, the buyer can have both the DVD and the audio. Which makes one wonder why the standalone DVD was released, especially now.

In any event, this is the one to buy for anyone who knows “Dock of the Bay” and wants a bit more. The Best: See & Hear will likely whet those listeners’ audio appetites. Then it’s time to dive more fully into Redding’s catalog, much of which is readily available.