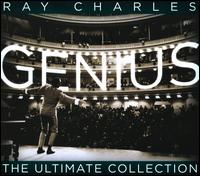 Against a backdrop of TV news/infotainment’s wall-to-wall, undeservedly reverential adoration for Michael Jackson, I found myself tasked with considering the meaning of the word genius.

Here’s what I came up with: a review of the new single-disc compilation Genius: The Ultimate Ray Charles Collection.