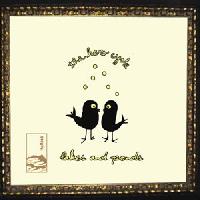 On their Lakes and Ponds EP, Burlington Vermont’s The Hero Cycle manage the neat trick of evoking memories of Echo and the Bunnymen and Modern English without sounding the least bit retro. The group’s sound is completely and refreshingly free from the influence of hip-hop or metal. They seem to want to self-classify as shoegaze (think My Bloody Valentine) but on tracks like “American Proxy,” the propulsive arrangement shown little sign of musicians staring at the floor. The pumping bass line on the long intro to “A New Love for Lakes and Ponds” has an early U2 feel, and the ensemble playing is as tight as that Irish group’s.

The group includes three guitarists and two synth players; they describe their music as “orchestration of symphonic sounds.” Yet they never fail to rock. With seven members, potential could exist for overly busy arrangements, but The Hero Cycle deftly manages to dodge that bullet. The keyboard parts in particular are quite tasteful, adding vital color to the sound without overpowering it; a good example is the simple piano figure that weaves in and out of “You vs Them.” That track — the longest on the disc at six minutes plus — also sports some catchy mid-tempo guitar riffs.

The five songs bear repeated listening, as much for the songs themselves as for the sonic elements therein. The only frustrating thing about the disc is its brevity. Five songs, released in 2006, and nothing new on the web site. C’mon, guys; here’s hoping there’s more from where Lakes and Ponds came from.