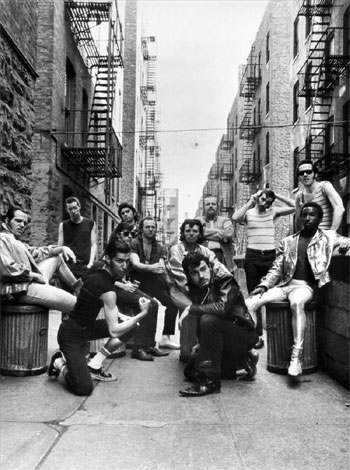 Thirty-two acts performed at the legendary Woodstock Music and Arts Fair, August 15-18, 1969. All but one of those acts had recording contract with record label. One was an unsigned band that had only formed a few months earlier. But thanks to being championed by a high-profile artist who insisted that they open for him, that group earned a prime spot at the festival.

That band was Sha Na Na. The rock ‘n’ roll/doo wop group from New York City would indeed open for their famous friend, and clips from their performance would feature in both the Woodstock soundtrack album and the motion picture documenting the festival.

Sha Na Na soon landed a record deal. They’d go on to release several albums, open for John Lennon at a high-profile benefit concert, and (in later years) be featured in theatrical films and their own TV series.

How on earth did all of that happen? Sha Na Na’s founding guitarist Elliot “Gino” Cahn will tell that story and many others (including – believe it or not – his work with The Offspring, Rancid and Green Day).

Join host Bill Kopp and special guest host Elliot Cahn as they lead a discussion on Sha Na Na. We’ll chat about the background, creation and legacy of the group, and listen to some key tracks from their catalog. And as always, we’ll facilitate audience discussion.