Thoughts for the Day 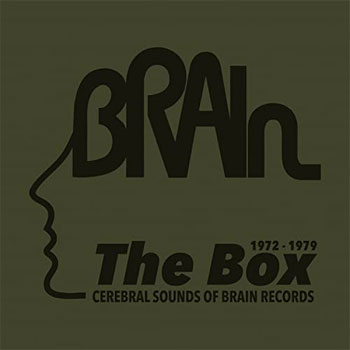 Today’s house cleaning day, and my partner is busy with other worthy pursuits. So I’m happy to putter around the house, tidy and clean, and enjoy an edible. Thanks to that and a general weekend freeing-of-the-mind, I have some thoughts.

Thought #1: Those of us who appreciate the sub-subgenre known as krautrock might occasionally think to ourselves (or possibly speak out loud) something to the effect of:

“You know, those late ‘60s to middle ‘70s [West] Germans were really hip with their forward-thinking music.”

The truth is – as has been told to me firsthand by many German friends and acquaintances – bands like Guru Guru, Grobschnitt, Cluster, Can and so on were never really popular in Germany, either. Their music was as underground as could be. It’s thanks to later, more popular artists who were influenced by them that we know and appreciate their music today. It also helps that – to generalize wantonly – Germans of that era tended to be quite rigorous in the care and handling of their LPs. Find a used German record of that era and it’s likely to be in excellent condition.

Thought #2: Following on from that point, the music of which we’re concerning ourselves here didn’t spring forth from nowhere. Listen to most any of the early- to mid-period krautrock bands and you’ll hear a lot of influences, most notably from the UK. Jazz figured in there, as did a kind of Teutonic rethink of what the Grateful Dead were about musically.

That said, listen to most any of that music and you’ll detect the massive shadow upon that scene being case by none other than Pink Floyd. Notably, it’s not the Syd Barrett stuff (though that’s in there a bit) nor the popular period of the Floyd’s catalog (The Dark Side of the Moon forward). No, it’s that in-between developmental era, the five year journey to find their voice.

It’s A Saucerful of Secrets and Pink Floyd’s longer-form works that won the hearts and minds of Germany’s most innovative bands. And not just on-record Floyd. While Pink Floyd songs like “Cymbaline” and “Embryo” were short pop ditties on record, live they became multimedia extravaganzas, with live quadrophonic audio and soaring, exploratory excursions. It’s that Pink Floyd that influenced krautrock.

Bonus Free Thought:  And as is its nature, influence works in both directions. Listen to Harmonia’s “Watussi” from 1974 and ask yourself whether Discipline-era Robert Fripp (circa 1981, folks) might have heard it.