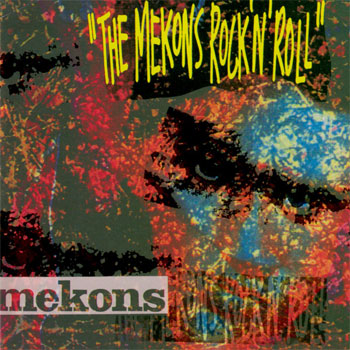 Influential critic and rock journalist Lester Bangs once described the Mekons as “the most revolutionary group in the history of rock ‘n’ roll.” Hyperbole aside, Bangs had a point. Formed during Britain’s first wave of punk rock, Mekons are today the only group left standing. They’re endured by resolutely doing things their own way, and by refusing to adhere to anyone’s ideas regarding what is and isn’t punk rock (which is, in and of itself a defiantly punk attitude, after all).

Many musicians have passed through the ranks of the Leeds-formed musical collective, but founding members Jon Langford and Tom Greenhalgh have been with the group since its inception (Mekons did go inactive for a period in the 1980s).

The group’s politically-charged 1979 debut The Quality of Mercy is Not Strnen was released on Virgin Records to meager sales and lukewarm critical notices, but the group soon found its footing and released a long string of critically acclaimed albums on smaller labels. In 1989 Mekons once again scored a major label deal, releasing The Mekons Rock ‘n’ Roll, widely hailed as one of the era’s best albums by anyone. That record poked at U2 singer Bono’s budding messianic tendencies long before it became acceptable – much less fashionable — to do so publicly. And The Mekons Rock ‘n’ Roll served up the eclectic variety that had long characterized the band’s music: everything from folk to punk to hard rock to who-knows-what.

For their trouble, Mekons were once again without a label. But they would (and do) persist to this very day; released in late March of 2019, Deserted shows that time hasn’t dimmed the fire and passion of Mekons one bit. “Lawrence of California” is as noisy and impassioned as ever, with a martial beat that evokes thoughts of fellow travelers and associates Gang of Four. Chanted, shouted vocals featuring longtime vocalist Sally Timms out front have an anthemic feel that would have fit neatly on The Mekons Rock ‘n’ Roll some three decades ago.

Yet Mekons are as timeless as they are timely. “Into the Sun / the galaxy explodes” is as catchy as anything the band has ever done, while “Mirage” is as prickly and angular as Metal Box-era Public Image Limited. And when the band slows things way down – as they do on “Weimar Vending Machine / priest?” they display melodramatic art-rock tendencies that combine Legendary Pink Dots, the Doors and early sixties girl-group pop. But the group’s abiding fascination with – and deep understanding of – American country and western music shines through most all of its work; the melancholy “After the Rain” closes Deserted, and it’s a highly evocative synthesis of punk and country that sounds nothing like that description might suggest.

Mekons manage to be intelligent, thoughtful and passionate all at once, and their concerts can draw from throughout the group’s rich and deep catalog.