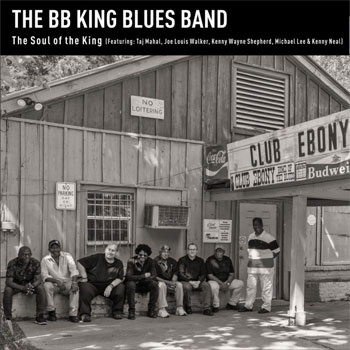 B.B. King was a towering figure in the blues. An artist whose appeal crossed over to a much wider audience, the man born Riley B. King made an indelible mark on the uniquely American musical form. His career lasted more than a half century, ending with his death at age 89 in 2015. But his crack band chose to keep the blues flame alive by continuing after King’s passing.

King’s distinctive playing style – alternating between soulful vocals and searing, single-note guitar runs, but never both at once – helped make him one of the most popular (and oft-imitated) musicians in the blues idiom. He scored his first #1 hit single on the R&B charts in 1951 with “3 O’Clock Blues,” but it was in the early ’60s that King hit his commercial stride. A long string of hit singles began with 1961’s “Someday” and continued well into the 1990s with “The Blues Come Over Me.” King scored a late-career hit with his 2000 collaboration with Eric Clapton, the title track from the duo’s album Riding with the King.

The man was prolific; between his 1956 debut album Singin’ the Blues and his final long-player (2008’s superb One Kind Favor), King released nearly four dozen albums. He won 15 Grammy Awards, and was nominated an additional six times. He was one of the first artists inducted into the Rock & Roll Hall of Fame in 1987, the hall’s second year. Even when beset by health problems, King remained musically active right up until his passing.

Today, King’s ten-person band maintains a solid schedule of live performances; depending on the date, today the B.B. King Blues Band is fronted by vocalist-guitarist Michael Lee (Star of TV’s The Voice), Claudette King or (on occasion) both. King, daughter of B.B. performs on about half of the band’s dates. For a run of a year and a half – ending earlier this year, Tito Jackson of pop royalty the Jackson 5 – was a featured vocalist as well.

But even the core band features powerhouse blues players. Band leader and trumpeter James “Boogaloo” Bolden earned his nickname from B.B. himself. Bolden – a member of King’s band for more than three decades – moves energetically about the stage while he plays; King took notice early on and bestowed the playful sobriquet upon him.

Lead saxophonist Eric Demmer was a member of Clarence “Gatemouth” Brown’s band for 12 years before joining King’s outfit. Memphis-born bassist Russell Jackson got his professional start in Chicago blues man Otis Clay’s band; he went on to play with B.B. King for the last six and a half years of the legend’s life. Sax man Walter King is B.B.’s nephew and a band member since 1980. 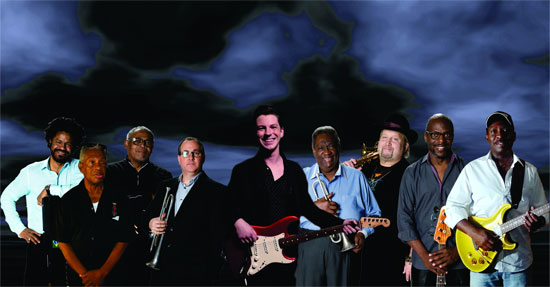 A new album, The Soul of the King, provides a studio document of the band’s skill and intensity. The album digs deep into King’s catalog with songs like “Paying the Cost to Be the Boss,” a B.B. Originally written in 1968, but rarely performed onstage. A 1997 recording of the song featured King backed by acolytes the Rolling Stones.

An all-star cast of guests lends extra firepower to The Soul of the King. That list includes guitarist Kenny Wayne Shepherd, Kenny Neal, Diunna Greenleaf and many others. R&B vocalist Mary Griffin turns in an especially noteworthy vocal performance on “Paying the Cost to Be the Boss,” where she’s joined by Taj Mahal on guitar.

Original songs – primarily from the pens of Demmer and Russell Jackson – fit in seamlessly alongside King classics like “Sweet Little Angel,” a song that first appeared on a B.B. King single in 1956. Blues guitarist and historian Joe Louis Walker wrote, sang and played lea guitar on “Regal Blues (A Tribute to the King),” a centerpiece of the band’s new album.

But a studio record can only go so far to convey the searing emotional content – fun, humor, pathos, pain and ecstasy – of a blues show. So it’s onstage that the B.B, King Blues Band is best experienced. Four years after the loss of its leading light, the band continues in a manner that’s at once faithful to King’s legacy and wholly entertaining.