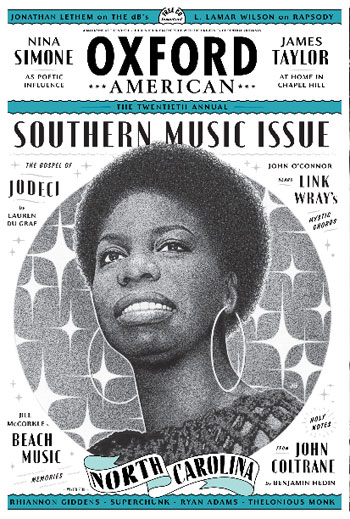 North Carolina has a rich musical history and a thriving current-day music scene. Both are being recognized in the Winter 2018 issue of Oxford American. The esteemed literary and arts magazine devotes the entirety the issue to the state’s music and poetry. And in conjunction with the issue, Oxford American hosted a series of events in four cities. That series of celebrations culminated with two events: one at Isis Music Hall on Nov. 30, and separate event a Malaprop’s the afternoon of Dec. 1.

Events celebrating the issue were scheduled in Raleigh, Durham, Charlotte and Asheville. The Malaprop’s event featured authors reading selected stories from the magazine, with brief interstitial sets from Raleigh-born singer-songwriter Tift Merritt. Merritt – whose essay on folk-blues musician Elizabeth Cotten is in the Winter 2018 issue – is the artist who tied all seven events together. Though she lived in New York City for nearly a decade and has toured extensively, she still acknowledges deep roots to her home state.

“North Carolina has always informed the way that I tell stories,” Merritt says. “I grew up at a time where regional identity was really a strong and special thing.” After years during which she felt she needed to explore the world, Merritt says she realized, “I just want to be in this place where people know me, my child and my family.”

In addition to performing at all of the celebration events, Merritt was the talent organizer. While the OA staff initially floated the idea of a touring “house band,” Merritt had another idea. She asked herself, “How can we put together something that is seamless and simple, but also encourages interesting collaborations and cooperation?”

The answer came in the form of a “singing circle” featuring multiple artists. Merritt explains the concept. “I’ll sort of invite someone to sing with me and then set it off spinning,” she says. “From both a spiritual place and a production standpoint, it seems like a way to thread the needle somewhat elegantly.”

Isis Music Hall was the setting for the Asheville circle, featuring Amanda Anne Platt, Tyler Ramsey, Shannon Whitworth and several others including Pat “Mother Blues” Cohen. Born in North Carolina, the blues singer had a thriving career in New Orleans. But amid the post-Katrina devastation, she came home. 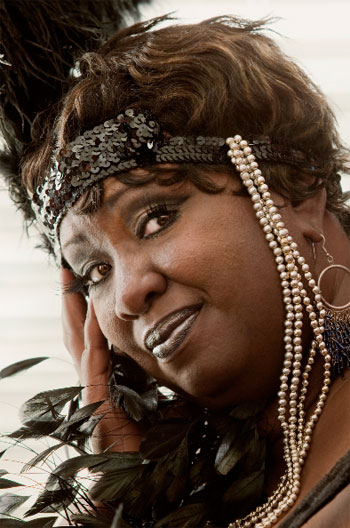 “You’re going to have ups and downs wherever you go,” Cohen says. “But if you have downs here, it’s a lot easier to live. People are basically pretty nice.” She brought her optimistic attitude with her. “I said ‘I’m going to build myself back up again; the more I work, the better I get. I’m going to get better and better every time I go someplace,” she says, “until everybody will know who I am.”

Other features in the 160-page issue explore the beach music scene, Latin music in Charlotte, and the role of Kinston, N.C. in the history of funk. The issue goes beyond music, including poetry from Asheville-based Nickole Brown and four other North Carolina writers: Tyree Daye, Benjamin Naka-Hasebe Kingsley, Zachary Lunn and C.L. White. The magazine’s opening spread displays an evocative photo (by Asheville photographer Sandlin Gaither) of Platt outside her West Asheville home.

Since 2012, Charlotte native and OA Deputy Editor Max George has been on the staff of the magazine published in partnership with the University of Central Arkansas. “Even as a North Carolina native, I knew going into the production of this issue that it would be a deep well,” he says. “But I’ve been floored with the depth of the stories and the unexpected subjects that came about.”

The issue digs deep, chronicling stories that might otherwise go untold. Writer and Winston-Salem native John Kirby is a record scout for reissue record label Numero Group and, says George, “a deep North Carolina music head.” His profile of Winston-Salem musician Wesley Johnson of the Teentones is one of many standout features. “We want to be as sensitive as we can to covering as many different genres, eras and artists as we can,” George says.

Max George concedes that the magazine simply can’t be comprehensive with its state-themed issues, but the Winter 2018 issue remains an impressive sampler of North Carolina’s musical-cultural landscape. “We really try to present a snapshot of the scene from the state in the time and the place that we’re coming at it.”