Album Review: The Orb — No Sounds Are Out of Bounds 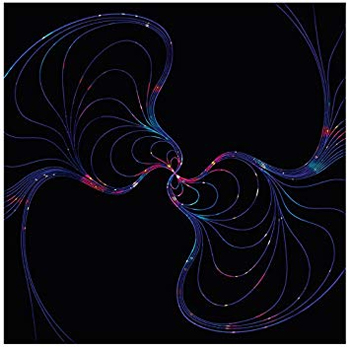 Whether it was an association they originally wished for or not, the Orb were pegged early on as a sort of modern-day answer to Pink Floyd. Though the project (Alex Paterson and collaborators) has always been about more than ambient, dance-oriented space music — hey, they’ve worked extensively with reggae icon Lee” Scratch” Perry — there are some sonic similarities between the Orb and the premier space-rock band. The hypnotic, pulsing vibe of the Orb’s music takes the Floyd aesthetic and applies it to a dance-oriented context. And the Orb went so far as to collaborate with David Gilmour on 2010’s Metallic Spheres; the result doesn’t quite have the rocky hooks of Pink Floyd’s best work, but it’s a worthwhile sort-of-mashup project, one that isn’t miles away form Pink Floyd’s belated farewell, The Endless River.

If one digs the found-sound mélanges, the throbbing bass lines and the alternately glacial and kinetic textures of the Orb’s catalog, the duo’s latest, No Sounds Are Out of Bounds will be a welcome if slightly familiar addition to the catalog. Some north African and reggae vibes find their way into the mix, and old-school samples (possibly a vintage Optigan, I’m thinking) give the middle eastern flavor to the proceedings. Imagine the early Porcupine Tree / Steven Wilson project Voyage 34, set against a Moroccan landscape. It’s that kind of an album.

“Wofbane” comes curiously close to pop, with stronger melodic content than is customarily the Orb’s wont. The political nature of its vocal parts provides a strange, jarring (but not unwelcome) sort of cognitive dissonance.

The most space-rock/ambient outing is the closer (on the vinyl version, at least), the fifteen-plus minute “Soul Planet.” The track moves through minimalist passages, sultry dance-floor rave movements, and deeply textured soundscapes that (if one is so inclined) will leave the listener on the edge of his or her comfy chair; there’s a palpable sense of something’s-coming, whether it ultimately shows up is wholly beside the point. As is so often the case with engaging experiences, it’s the journey not the destination.

A modern psychedelic chillwave aesthetic is at work here; though dance beats show up here and there, often as not No Sounds Are Out of Bounds is more a listening record than one designed for dancing. Kindred spirit Jah Wobble helps out on a few tracks. A lavish 2LP vinyl version features colored vinyl and dazzling yet subtle cover art.