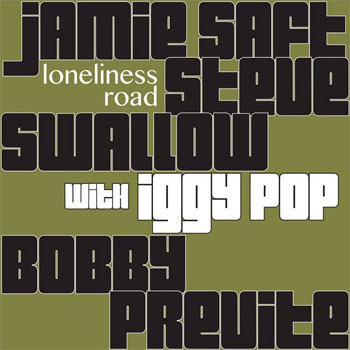 Jamie Saft, Steve Swallow and Bobby Previte with Iggy Pop – Loneliness Road
File next to: Stooges, Tony Bennett
Popular music has seen some unlikely pairings: Bowie and Bing Crosby, Lou Reed and Metallica. And beyond the marquee value of the artists involved, such collaborations don’t always work. On the face of it, a project involving avant-garde keyboardist Jamie Saft and the prototypical punk icon Iggy Pop seems like some kind of absurd in-joke. And despite his prominent billing, Iggy is present only on three of Loneliness Road‘s 11 tracks. The trio of Saft, bassist Steve Swallow and drummer Bobby Previte turns in some unexpectedly accessible (and not at all avant-garde) jazz. And when Pop joins them on “Don’t Lose Yourself,” “Everyday” and the title track, he delivers a gravelly, wavering vocal that is more Leonard Cohen than Stooges. Because it may mystify jazz fans and Iggy acolytes in equal measure, an open mind is necessary when listening to Loneliness Road. 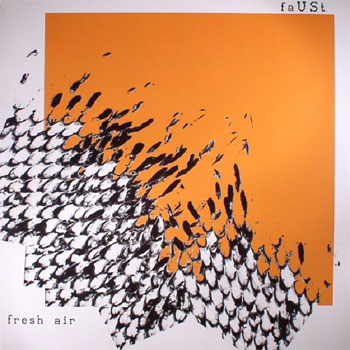 faUSt – Fresh Air
File next to: Brian Eno, Glenn Branca
The music labeled krautrock is often applied to faUSt, but in this case the term is virtually meaningless. Only occasionally does Fresh Air suggest any kind of rock sensibility; the atmospheric compositions are closer to art-house, conservatory pieces. The 17-plus minute title track features nothing but keening violin (or cello) and French recitations for its first half. Eventually founding member Werner Diermaier’s hypnotic drum figure enters the arrangements, along with some equally mesmerizing one-chord guitar scraping. Like late 1960s Pink Floyd, the music on Fresh Air relies almost wholly on dynamics, with fleeting, carefully placed nods toward conventional melody. The brief “Partitur” is reminiscent of Frank Zappa’s more outré moments. Still, there’s a spooky, dramatic ambiance to the pieces that renders them the aural equivalent of a grisly auto accident: you may or may not enjoy what you’re experiencing, yet somehow you can’t turn away. 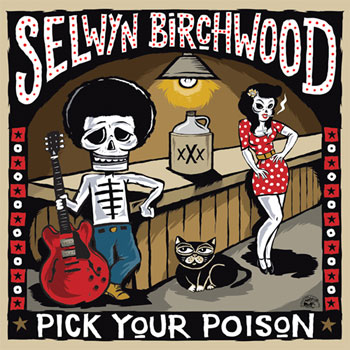 Selwyn Birchwood – Pick Your Poison
File next to: Johnny Winter, Albert Collins
Much of what passes for modern-day blues features either rock-based electric guitar shredding over a 12-bar foundation, or tired arrangements that have as much to do with the blues as the lounge in an Airport hotel. As a result, exceptions truly stand out from the pack. One such artist is Orlando-based Selwyn Birchwood. He’s young enough to be unburdened by tradition yet wise enough to draw from it when appropriate. Pick Your Poison, Birchwood’s fourth album – and second on a major label – showcases the guitarist’s facility on vocals, guitars and songwriting (all 13 cuts are originals). He demonstrates both an understanding of the ways in which other genres – especially gospel – can inform the blues on cuts like the rousing “Even the Saved Need Saving,” and displays a knowing sense of humor on “My Whiskey Loves My Ex.” Watch for my interview with Birchwood, coming later this week.