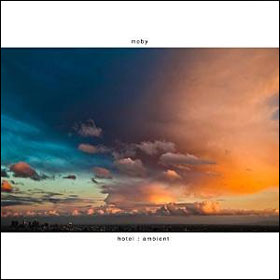 File next to: Brian Eno, The Orb

Brian Eno once described ambient music as the aural equivalent of wallpaper; it’s designed to be experienced passively rather than attentively. It does what it does, and you do what you do. The most effective (or characteristic) ambient music, then, floats by unobtrusively. That’s not at all what Moby’s fourteen instrumental tracks do here. The beats are alluring, and draw the listener into Moby’s sonic washes of sound. But while it doesn’t fit the classical definition of ambient music, this reissue of his 2005 album is nonetheless enjoyable. The music doesn’t actually go anyplace; that would be completely anathema to the genre. But somewhat perversely, it’s too, well, interesting to serve as truly ambient music. “Real” instruments such as piano coexist nicely alongside washes of synthesizer pads and what (in places) sound like actual drums. Too engaging to qualify as ambient, it’s nonetheless a fulfilling way to spend an hour-plus.