It’s an all-jazz-legends day here on Musoscribe: three new compilations and two reissues document some important music from some of jazz’s innovators. 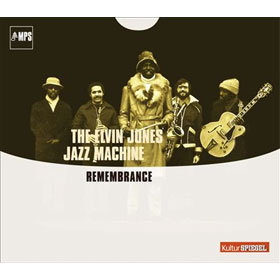 The Elvin Jones Jazz Machine – Remembrance
Post-bop drummer Elvin Jones launched his recording career in the late 1940s as a sideman with Billy Mitchell; he’d go on to play on well over a hundred albums, including titles by John Coltrane, Larry Coryell, and many others. His career as a bandleader on record began in 1961 and continued until the end of the century (he passed away in 2004). This timeless 1978 MPS release (now reissued) was recorded in a mere three days; Jones swings, and the ensemble crackles with excitement. Two horns, bass, guitar and drums: Remembrance is the real (not watered down) stuff. Dig it. 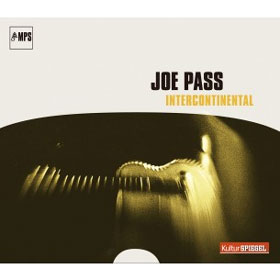 Joe Pass – Intercontinental
Legendary guitarist Pass mixes classics, stands and even his interpretations of pop hits (Bobbie Gentry‘s “Ode to Billy Joe”) on this characteristically understated outing from 1970. His twentieth album under his own name, Intercontinental was his first and only release for German-based MPS. It’s a testament to just how much a trio (electric guitar, Eberhard Weber‘s upright bass, drummer Kenny Clare) can do when the talent’s there. Decidedly mellow, there’s not a note out of place on the record. Pass’ occasional scale runs are a thing of beauty. The Latin flavor of “Meditation” is a highlight, but it’s all great. 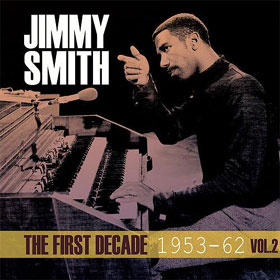 Jimmy Smith – The First Decade: 1953-62
Jazz Hammond organist Smith recorded prolifically, and much of his work crossed over to pop success; he’s an exemplar of soul jazz. But material from the first ten years of his recording career is sometimes more difficult to locate than later output. This 4CD set aims to set things right. The sound quality on the very earliest cuts (including “Sonotone Bounce” from The Don Gardner Trio) is a bit dodgy, but the energy more than offsets any sonic shortcomings. Smith’s runs on the Hammond’s two manuals seem effortless, and helped define a genre. An excellent entry point for the novitiate. 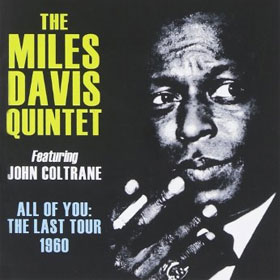 The Miles Davis Quintet featuring John Coltrane – All of You: The Last Tour 1960
Miles Davis’ 1960 European tour was the bandleader’s last to feature John Coltrane. While bits and pieces of live recordings have circulated among collectors, All of You is the first legitimate release to attempt exhaustive documentation of those dates. A compilation of radio tapes and private (cough…bootleg…cough) recordings of performances from March 21 (two shows), March 24th and 30, April 3 (two shows) and April 8 (the most complete recording) spanning four CDs, this is essential for fans of Miles, Coltrane, and/or of both. Considering the age and provenance of the source tapes, the overall sound quality is very good. 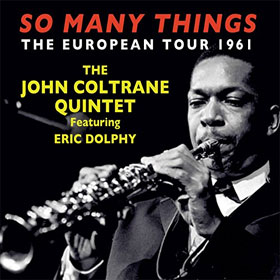 The John Coltrane Quintet – So Many Things
Shortly after Coltrane parted ways with Miles Davis (see above), he embarked on his own 1961 European tour with a band of his own. Those players are all now jazz household names: Eric Dolphy on sax, bass clarinet an flute; pianist McCoy Tyner; Reggie Workman on bass, and Elvin Jones (see above) joined Coltrane in this short-lived lineup. This four-disc compilation brings together recordings of five concerts (in six days!) in Paris, Copenhagen, Helsinki and Stockholm. Multiple versions of “Blue Train,” “Impressions,” and of course “My Favorite Things” make up the bulk of the set. Sound quality is surprisingly good overall.