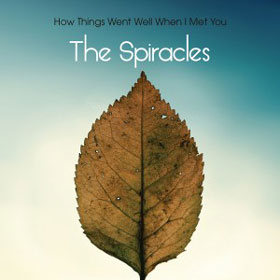 The Spiracles – How Things Went When I Met You
While they’re another in a long line of two-person acts signed to Saint Marie Records, The Spiracles‘ similarity to those other acts ends there. How Things Went When I Met You is shimmering, extremely appealing pop. Aracell Fernández‘s vocals deliver just the right amount of emotion, and Luis Rodriguez creates a nicely textured sound that sounds and feels like a full band. There are but three discrete songs (plus two remixes of the catchy “Fireflies”), but they should be enough to whet the appetite of those who’d enjoy a sound halfway between The Smiths and Sixpence None the Richer. 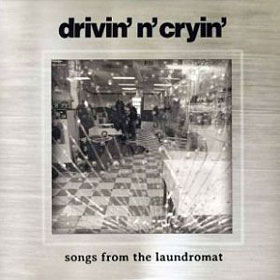 Drivin’ n’ Cryin’ – Songs From the Laundromat
Kevn Kinney put this band together in 1986 in Atlanta. Their music has gone in any number of directions over the years, but on Songs From the Laundromat they strike a sound that recalls The Replacements crossed with 70s boogie bands like Foghat or Grand Funk (or, perhaps, to cite a more contemporary artist, Wolfmother). The songs have the swagger, the finesse and the power, and better vocals. “Ain’t Waitin’ on Tomorrow” has more dynamics than yer typical riff-rocker, and the clever tribute “REM” sounds more like Murmur than anything Stipe & Co. did from Monster onward. Recommended. 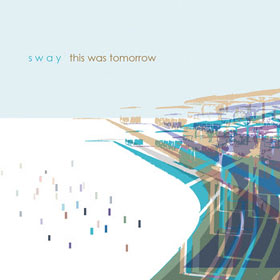 Sway – This Was Tomorrow
That rare Saint Marie Records act that’s a full band, Sway delivers gauzy dream-pop on This Was Tomorrow. The breathy, plaintive vocals are buried in an ocean of guitar textures that suggest Radiohead with less arty aspirations. This is the sort of music where it’s sometimes difficult to pick out what individual instruments are doing, but that’s not a problem: it’s the overall effect that’s important here. While the lyrics are often indecipherable (thanks to the dense mix and a bit of the dreaded autotune applied for effect) the overall vibe is more upbeat, less melancholy than one might expect. 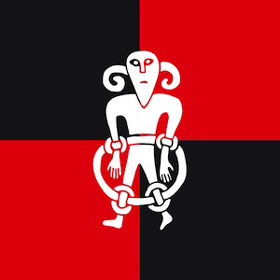 Markus Reuter – Kopfmensch
Markus Reuter is the obscenely talented touch-guitarist who’s currently working with King Crimson alumni/members/whatevers Adrian Belew, Tony Levin and Pat Mastellotto in Crimson ProjeKct and Stick Men. But his activities go well beyond that; in addition to designing his instrument (something similar to that thing Crim alumni Trey Gunn plays) himself, Reuter plays on all manner of other fascinating releases. A sampling of these has been collected on Kopfmensch, and it’s a stunner. Stick Men’s “Absalom” delivers that equal-arts-weirdness-and-malevolent-power of Discipline-era Crim, but all of the tracks show Reuter’s talents as an ensemble player rather than a hot-dogger. Brilliant. 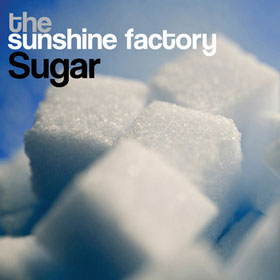 Sunshine Factory – Sugar
When you call yourselves Sunshine Factory and title your album Sugar, you shouldn’t be surprised if people expect light pop confections a la The Fifth Dimension. But in a clever case of bait-and-switch, this duo trades in hypnotic sounds having more in common with the most accessible end of Velvet Underground. They apply the Jesus & Mary Chain approach of wedding sturdy pop melodies to more jagged arrangements, but then they apply a layer of tasty sonic syrup to the whole affair. In places (like “Smile”), they actually sound a bit like Stone Roses without as much guitar riffery.