Bill Kopp: When Jack [Casady] and I spoke several months ago, we discussed some of the very early Hot Tuna recordings, and he commented that – looking back – he sort of wishes that he had played less. Less busy, you might say. Do you see where he’s coming from with that observation? 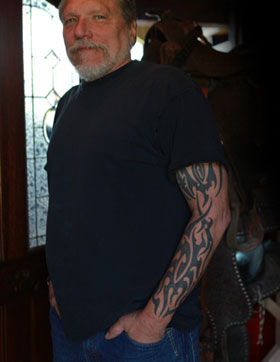 But look. He’s said that to me too, about wishing he had played less. But my comment to him is that you have to look at everything in its context and its time. In this day and age, you’re gonna see a lot of guys who – for a number of reasons – play acoustic guitar with a bass player who plays electric bass. That’s just how it is. When Jack and I started to do it, I don’t know if we were the first, but it was extremely uncommon.

The other thing is that when Jack got into Jefferson Airplane, he came into it being a rhythm and blues player, with the background of all the stuff he did back in Washington DC. And in the Airplane, all of a sudden, because we had such an anomalous group of songwriters, there was a lot of room in the songs where the bass could be used in another context.

One thing that I think is funny. A lot of people come to the Fur Peace Ranch to take workshops from Jack. They love his melodic style of playing, and they want to learn about solos and this and that. And Jack today – I’m way out on a limb speaking for Jack, because he can certainly do that for himself – he considers that the least important aspect of his playing. He likes to focus more on the rhythmic stuff. I think there’s a place for both.

So, yeah. Maybe he wishes he had played a little bit less. But you wanna know something? The music would have been different. And I think the music stands on its own. I don’t have a problem with it. One of the other things that’s interesting, too, as a guy who plays [guitar] with his fingers now – not all of the time, but most of the time – when I play with Jack, I play less stuff because I am playing with Jack! When I play solo, I play more, because there’s more space to do that. So I think there’s a place for everything. I know what he’s saying. But if he were in 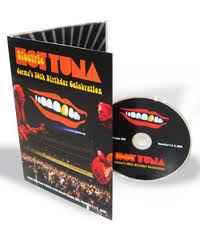 this conversation, I’d say, “I think you’re wrong about that. Because I think what you did was very special, and it has a place in history, and it stands on its own.”

BK: Steady As She Goes was Hot Tuna’s first studio release in decades. I wonder if you approach the band as more of a live outfit – not unlike the attitude that the Grateful Dead developed – than an entity that creates studio recordings.

JK: There are a lot of pieces at play in this story. First of all, Hot Tuna is, in my opinion, absolutely a live band. But I think we’ve learned to recreate what we like to do — the live feel – on records.

We didn’t do a studio project for a number of years, and there are a lot of reasons for it. One of the main ones was that we didn’t have a record company. It was that transitory period, the 90s, where everything was changing. Record companies were going down the shitter, people were doing things by themselves. For me it was that old-school thing, and that’s one of the reasons I like being on Red House. Yeah, we sell downloads. I wish people would buy a million downloads. But we also sell vinyl and CDs. And I like that. 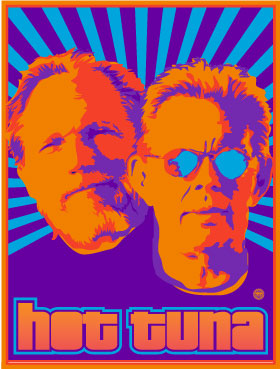 So anyway, there was that period where there weren’t any labels that could offer any kind of money to make it possible to do an album. Now, Red House didn’t give us a lot of money, either. We did Steady As She Goes in a week or so, ten days maybe. But the thing is, we’ve learned how not to fool around, and still have a great time.

The thing I’m getting at is that over the years, we have been able to take all of these feelings that we find exciting in live music, and be able to throw them into the studio, at the same time giving them the constraints they need to become recorded tunes. I know a lot of people consider Hot Tuna a jam band, historically speaking. Compared to today’s jam bands, we don’t do songs that are as long any more. But I like those sensibilities, those feelings, and I like to express them in a song that’s maybe four minutes long. So we bring all these things that we’ve picked up over all the decades that we’ve played together, and to me it all came together on Steady As She Goes.

People ask me, “Why didn’t you make an album sooner?” Obviously there’s a lot of logistical reasons, but the real reason is: the time wasn’t right. Red House asked us, “How would you guys like to do an album project for us?” I had already done two solo records for them, so I said, “Wow. I know this is going to be fun.” Because if they like an artist, they don’t tell you what you should do.