It’s been just about three years since I started this blog. So on this occasion, I’m taking the opportunity to look back, and to look forward a bit as well.

The whole reason I got into the music journalism gig was to establish some level of “street cred.” Long ago – approaching two decades ago, actually – I formulated a concept for a book. Initially, it was little more than that: an idea. And at the time I was living in suburban Atlanta, and my various other commitments (work, family, etc.) were such that I never found myself in a position to devote serious thought to pursuing it. 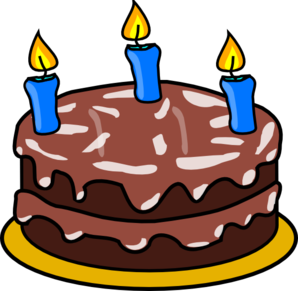 But after I settled in Asheville NC in 2000, the details of my everyday life changed (though not as much as they would six years later), and my long-dormant project started to nag at me. But I knew that if I began approaching publishers, my pitch could be little more than, “Hey, I’m some guy you’ve never heard of, in a small city you might have heard of, and I have a book idea. Here’s my mailing address so you know where to send the advance.”

So when one of my clients (I’ve been self-employed since 1996, and my day job is web development/marketing consulting) mentioned that an online music magazine was looking for writers, I figured, here’s my chance. By this time I had already authored two lengthy and (then-) comprehensive career-spanning critical essays for Trouser Press, one on Todd Rundgren and another covering Pink Floyd. So I sent clips of those to the online mag, and got the gig.

Before long, I was contributing more content to the outlet. And at a certain point – a few months in — they asked me to contribute to the print edition. Of course I did so with enthusiasm. My first cover story was on Fall Out Boy (remember them?). I wasn’t a fan, but (a) they were nice enough guys, (b) it was a chance to exercise my journalistic skills, and (c) it was cover story. ‘Nuff said.

In summer 2006, I had scored a major coup in scheduling an in-person interview with The Flaming Lips, but the night before I was set to travel to Atlanta for the pre-concert interview, my spouse announced to me that she no longer wished to be married. As this came as a bit of a shock, I found myself unable to travel. (Some weeks later, I interviewed the band’s Steven Drozd via telephone, and explained why I was a no-show. His response: “You should have come! We would have cheered you up!” If you’ve ever seen the band live onstage, you understand what he meant.)

In any event, despite that personal setback, things progressed writing-wise. Within a year I became one of the mag’s two copy editors, then the sole copy editor, then the Editor in Chief. By the time the magazine imploded (under circumstances that were, viewed in retrospect, inevitable) I was waist-deep in writing about music, and managing a highly talented “freelance staff” of writers.

My music writing from that period (and earlier) is collected — along with more recent material — on my archive site.

I had been writing for other outlets as well, but the sum total of my output for them didn’t equal much more than a couple of pieces a month. Suddenly without a major outlet for my work, I was at something of a loss. A good friend and long-time business associate suggested I start my own blog, and support it via social media. At that point (summer 2009) I viewed both blogging and social media as virtually unknown entities. But my girlfriend at the time (one of the best people I’ve ever known, as well as a highly skilled writer/editor in her own right) encouraged me to pursue the idea, so I did. And I’ve never looked back.

Beginning in June 2009, I launched this blog, and quickly decided to establish a working pattern of publishing a new piece every business day. So from that point forward, every Monday through Friday, I published something of substance – a review, an essay, an interview, generally at least a few hundred words, usually more – without fail. (This is blog post #809; do the math.) As things ramped up, I occasionally wondered, “Will I run out of material?” The truth is that there has never been any danger of that happening. I go to more shows than at any other time in my life. I always have at least a few dozen CDs on my desk for potential review. And my backlog of ideas gets more and more vast.

I have been fortunate to interview many of my favorite musical artists – many of them in-person – and publish features based on (or transcripts of) those interviews. One of my favorite things about those interviews is getting the opportunity to thank them for the music. In the last year alone, some of my favorite (and highest-profile) interviews have included ones with The Rolling Stones‘ Bill Wyman; ELP‘s Greg Lake; Van Dyke Parks; several members of King Crimson; Chris Squire of Yes; Jack Casady and (coming soon) Jorma Kaukonen of Hot Tuna; and Jason Brewer, leader of one of my favorite new groups, The Explorers Club. And my expansive, deeply-researched feature on Paul Revere and the Raiders spinoff group Brotherhood was published first by Ugly Things Magazine, then as a serialized feature on this blog.

Because I’m not beholden to any sort of commercial concerns, I write strictly about that which interests me. (No more Fall Out Boy features.) And the farther I get into this, the more I sense my tastes expanding in unanticipated directions. Time was, I didn’t actively listen to any jazz at all. Today my for-pleasure listening seems to be about 30-40% jazz, mostly hard bop from the 50s and 60s. I still cover a lot of progressive rock and powerpop, even though neither of those styles generally sets the charts on fire.

Earlier this year I took my first step into the world of public speaking, giving a “lightning talk” at an event called Ignite Asheville. My topic was entitled “Rock Songwriters on the Creative Process,” and it drew upon my favorite quotes from my interview archives. The video is here, if you’re interested.

(Oh, and about that book idea of mine from back in the 90s: I’ve pretty much set it aside for the time being. Instead I’m actively working on a bigger and better idea, and hope to shop my proposal to publishers – or what remains of the publishing world – later this year.)

Looking forward, I expect the focus of this blog will continue to expand, while reflecting my own particular (and I will admit, idiosyncratic) tastes. The list of upcoming interviews is long, and new opportunities seem to arise regularly. I’m grateful for that, and am proud to work closely with a number of highly professional publicists, the people who get the word out about new music and reissues. Later this year I plan to attend the Americana Music Festival and Conference in Nashville. My generally sleepy-eyed reaction to most fiddle-washboard-n-banjo music is no secret, but the AMA’s big-tent concept of what-is-Americana is broad enough to draw me in. I’m actually very excited about going.

Expect more concert reviews, more on-site reporting, more interviews, more analysis, and the casting of a wider musical net as the Musoscribe blog enters its fourth year. And as always, I am deeply grateful for the readership, the comments (public and private), the feedback, the re-tweeting, and so on.

In short, thanks for reading.